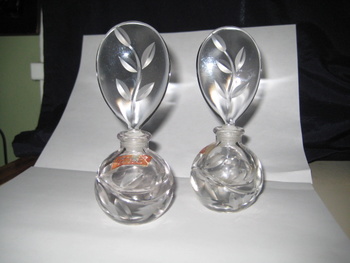 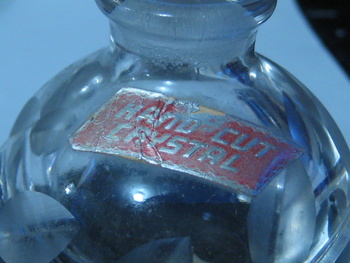 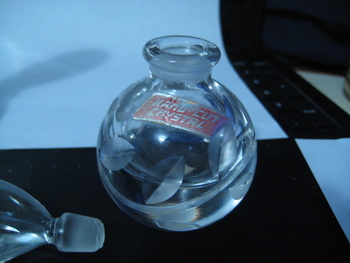 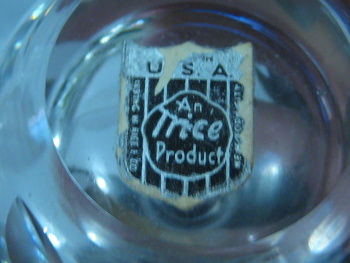 Cut Etched Crystal Perfume Bottles By IRICE. purchased at local thrift store. the are in great shape , lovely pair.
The company started as a jobber or importer of various vanity items in the 1920's in New York. The head of the company was named Irving W. Rice and he gave an abbrievation of his name to the company which appears on the distinctive silver and blue foil labels ever since - IRICE. The company still exists today in New York and every Christmas if you go to a drug store and look on the counter there will be a display of Irice atomizers. The company never made the items. They were importers and jobbers. So the perfume atomizers and bottles spanned a wide variety of qualities and countries. Irice brought in boxcar loads of Czechslovakian crystal before World War II. During the war, Irice used American companies and then after hostilities were over, the company began importing again, but this time from West Germany and the labels reflect this. Today most of the sources are in the Far East in Japan and later in Taiwan.

Irice is located in New York City at 15 West 34th St. and continues to supply vanity items and perfume bottles to America.
https://www.perfumebottles.org/research/183/research-irice 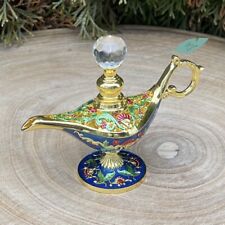 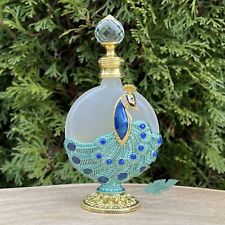 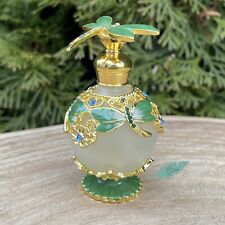