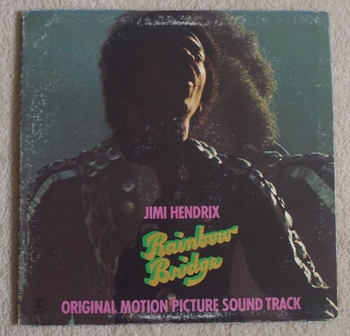 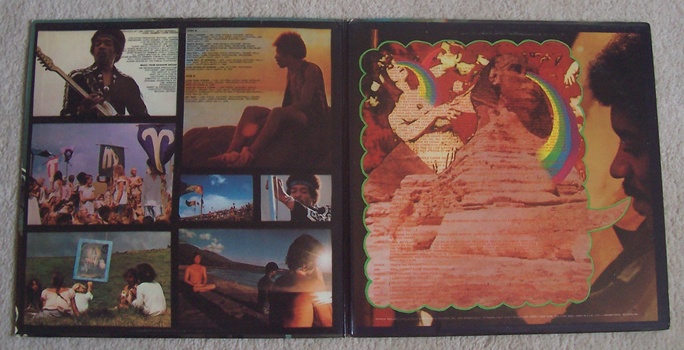 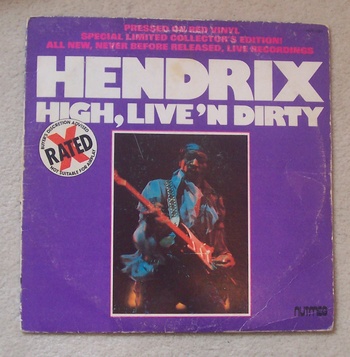 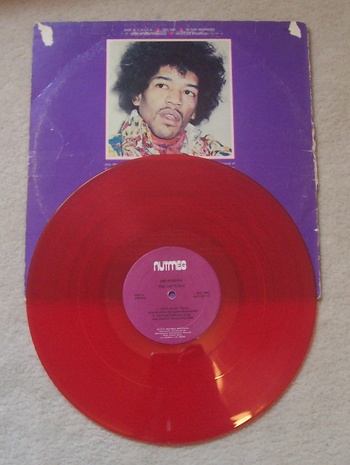 Awhile back CW member and friend Brunswick posted 2 different things which inspired me to post these 2 albums by the Great 'Jimi Hendrix'. In the one post CW member fortapche commented that this album 'Rainbow Bridge' was his fav. It is also one of mine by 'Jimi'. It's a compilation album of recordings from 1969 & 70 after the break up of The Jimi Hendrix Experience.. Released in 1971, although the cover states from the film 'Rainbow Bridge', no music on the album was from the filmed performance. Consisting of Jimi on guitar Mitch Mitchell on drums & Billy Cox on bass. Hey Baby being my fav tune. So there you are for fortapche!

2nd is a red vynil record entitled 'High Live N Dirty' recorded at the 'Scene Club' in NY. Put out in 1978 also featuring Jim Morrison of 'The Doors' who drunkenly spews out obscene lyrics during this informal and unofficially released album. Notice the rated 'X' stamp on the cover. I am not sure if I have any other colored vynil but looking for my Hendrix albums I came across this one I forgot about. It is not a rare album but it is worth a few dollars(50ish). So this one for Brunswick!