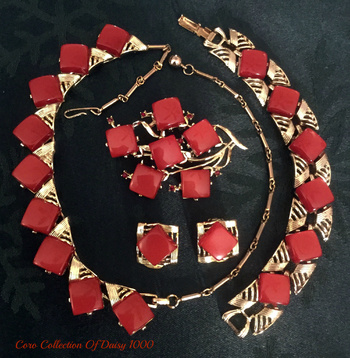 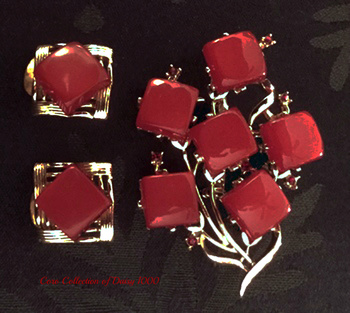 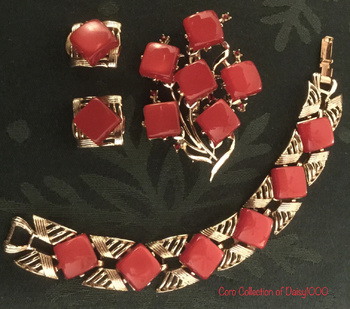 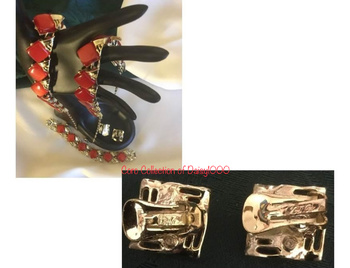 This is my mother’s red Coro Thermaset jewellery, which she was gifted in the 1950s. The necklace, earrings and bracelet are signed; the brooch is not. I remember her wearing it many decades later. The set actually has two necklaces. I have photographed only one.

Coro Inc., has arguably been called the most famous jewellery company to exist in North America in the 1950s. It certainly had the most brand names being marketed in the US during that decade. The company began operation around 1901. It was founded by Emmanuel Cohn, who initially called it E. Cohn & Company. The name “Coro” came into use some years after the death of Cohn, after his family sold his shares to his partner, Carl Rosenberger, who combined his name with that of his deceased partner. Coro ceased operations in the US in 1979.

Chunky Lucite Thermaset such as this classic example was very popular in the US and Canada during the 1950s. Yet, I am pleased to have this red set.