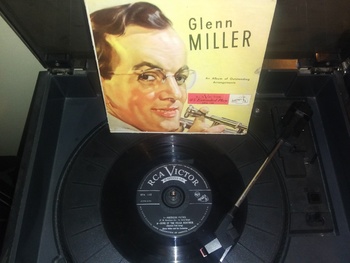 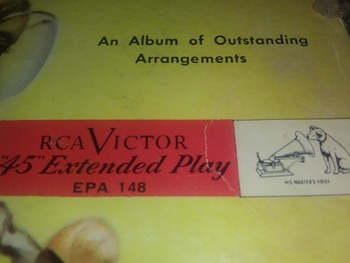 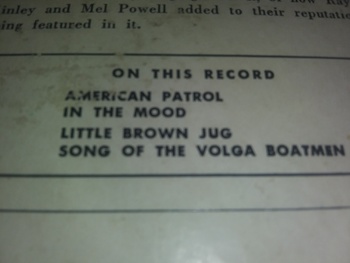 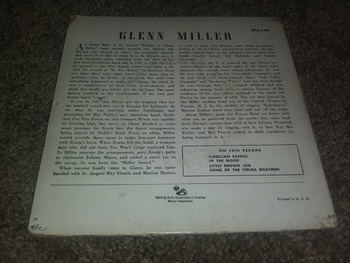 The Legendary Glenn Miller(1904-1944).
An Extended Play 45 RPM containing two songs on each side. Often referred to as a Mini Album.
Released In 1952 By The RCA Record Lable.
Glenn disappeared during his time of service during WWII. His remains have never been found. This caused a influx of Glenn Miller material to be released on vinyl. This 45 disc being released only 2 years after the first 45s were introduced.
Extended Play 45s were not done too much by the record labels. More money to be made with just one song each side..more releases for more songs on separate discs.