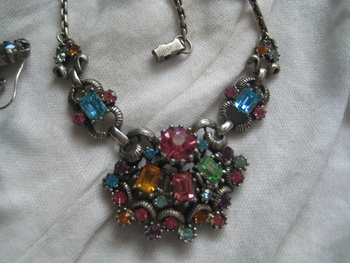 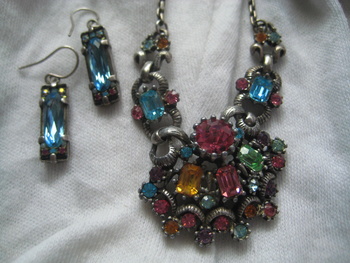 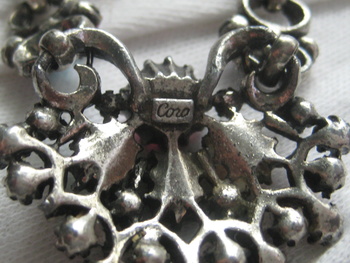 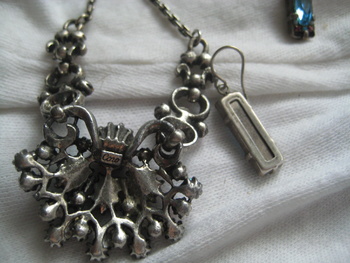 Coro Signed Statement Necklace - Orange Pink Green Blue Rhinestone Jewelry - 1940s
Necklace measures 15 inches long Mark: Coro – heavier Script at angle — 1940
Coro jewelry, Cohn & Rosenberger, was founded in New York by Emanuel Cohn and Carl Rosenberger in 1901/1902 and incorporated in 1913. A factory was established in Providence, Rhode Island in 1911. With offices or plants in New York and Providence, at times they had a presence in Chicago, Los Angeles, San Francisco, Miami, Toronto, England and Mexico as well. Great Britain mechanical patents have been found in the name of Corocraft from 1961 until 1969, which documents actual production in England (courtesy Mary Walden-Till).
Cohn died in 1910, but the name remained Cohn & Rosenberger. The corporate name “Coro” was adopted in 1943. Rosenberger died in 1957, and his son Gerald, who succeeded him, died in 1967