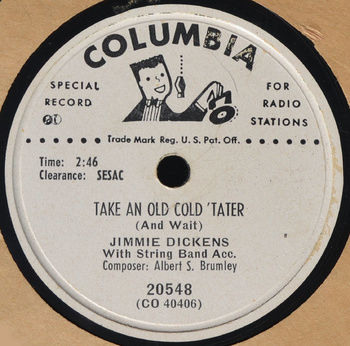 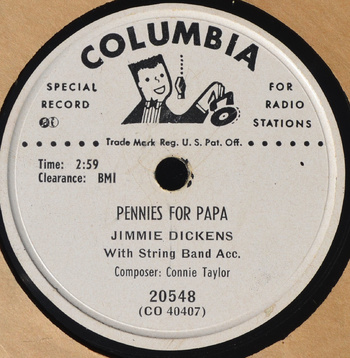 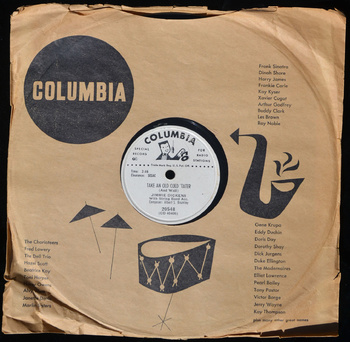 Early radio programming centered around live broadcasts but as the technology proliferated and more and more small stations sprang up around the country someone had the idea of just sitting in the booth and playing records. It was a format that proved successful. It didn't take the record companies long to figure out that having their discs played on the radio increased sales. The companies began providing complimentary copies to radio stations. Originally marked in various ways, sometime in the late 1940s the industry settled on the (almost) industry-wide solution of the white label promotional copy.

This 1949 release by Columbia of the Country Novelty hit "Take an Old Cold Tater (and Wait)" by Jimmie Dickens is one of the earliest.