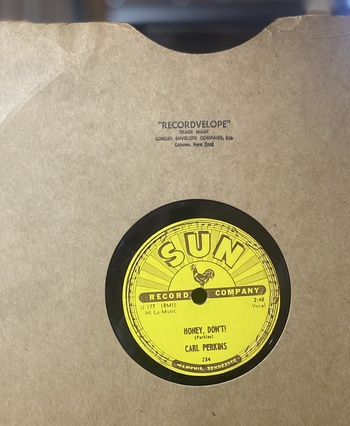 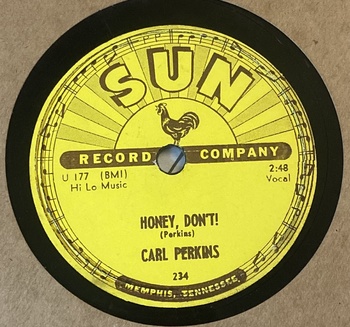 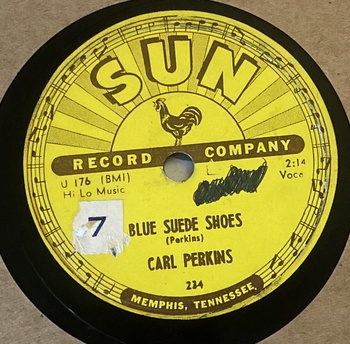 I grew up with my Dad playing me a lot of the music he listened to in high school, of course I developed a deep love of it!
One of my absolute favorites is Carl Perkins. When I finally got my hands on this I was ecstatic. Original 10" shellac of "Blue Suede Shoes" b/ "Honey Don't". It was the very first Carl Perkins released on Sun Records.
According to Carl, he wrote it on December 17, 1955, recorded it on December 19, 1955 and it was released on January 1, 1956.
While Elvis Presley's cover of it is great, I think Carl's is the best and it drives me nuts that so many people think it's Elvis's song.