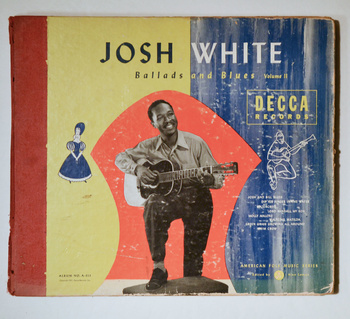 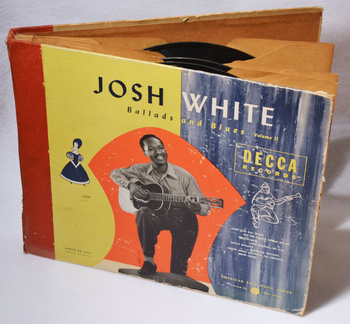 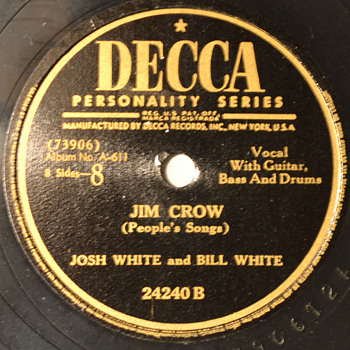 Back in the days of 78 rpm shellac discs, record albums were more like actual books. Each heavily bound volume had the liner notes pasted on the inside cover and contained usually three or four pages of sleeves holding records. An album, therefore, had six to eight sides.

As part of the American Folk Music Series edited by Alan Lomax, Josh White's "Ballads and Blues, Volume 1" was released in 1947 on Decca Records. It contains four discs featuring Josh White accompanied by his brother Bill.