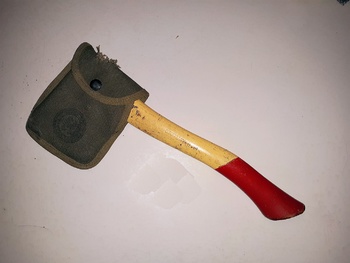 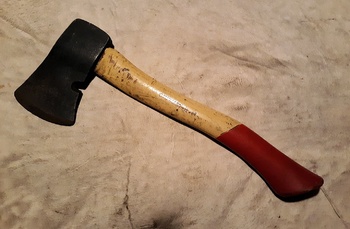 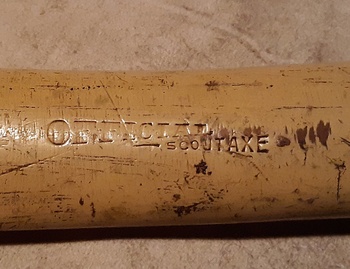 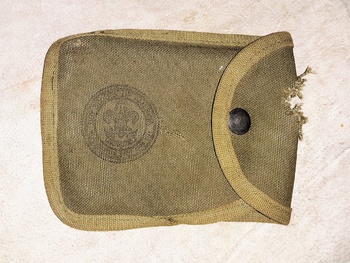 Yes an Official Scout Axe. It says so on the handle in photo #3. Actually it says so it in the first 3 photos and has the official Boy Scouts of America logo on the handy canvas cover seen in photo #4.
Have not been able to find out the manufacturer of this axe as there are no markings on the axe head. Scout axes tend to have the BSA markings on the head but not always. In this case it is marked on the handle. Without much information to go on here but the canvas cover I will say 1950s-1970s. Leather was used earlier and darker green later.
The nice feature of this is the complete paint on the handle. Red is where the hand goes. The rest is painted tan.
AQlso the nice feature is that it is an axe as a BSA axe is not easy to find in the wild.