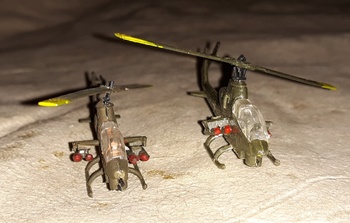 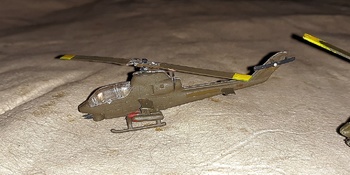 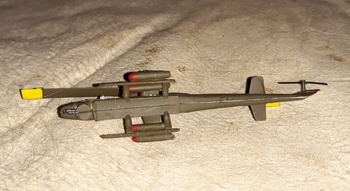 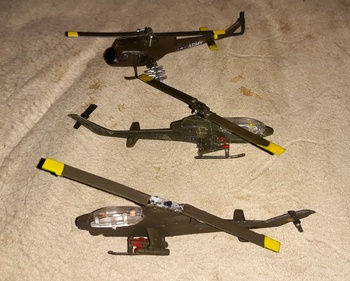 Last night I featured the exciting box but not much of the model so a part 2 for the model this time. I have two of these. The one featured last night doesn't have as nice an example of the Gatling gun so featuring my other one tonight.
The Gatling gun is under what is called the chin. The gunner rides in front and the Gatling gun is forward and under the gunner. Loooks like this one is armed with large anti-tank missiles. Usually in Vietnam these would have rocket pods like the Huey gunship making a guest appearance in photo #4. These models were made during the Vietnam War but most aircraft were meant to be used against the USSR thus anti-tank missiles.
This is a very delicate model but I think it is one of their best.