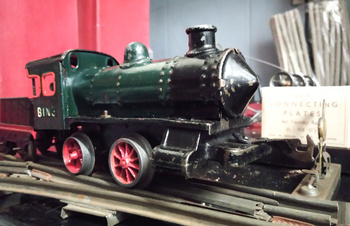 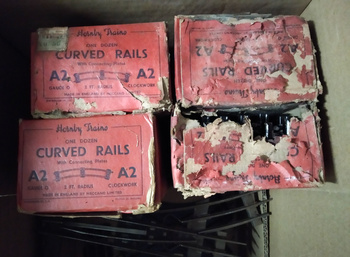 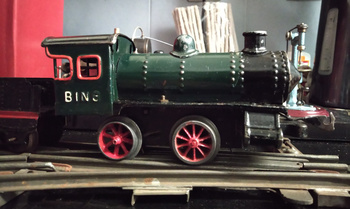 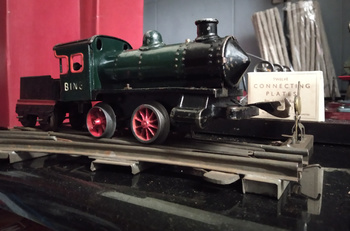 The German toymaker Bing of Nuremberg was founded by Ignaz and Adolf Bing, and started making toys in Nuremburg in the early 1860's, officially incorporating as a manufacturer in 1895. The company grew rapidly between 1895 and 1914, and in the lead-up to WW1, the firm employed over 5000 people.

The company initially went under the name Gebrüder Bing (Bing Brothers) and by the initials GBN (for Gebrüder Bing, Nürnberg), and after the death of Ignaz at around the end of WW1, switched to the name Bing Werke (BW).

Bing was a staggeringly prolific toymaker, and by 1928, it was one of Germany’s leading toy manufacturers, with annual sales of around 27 million Deutschmarks that year. However, the trade depression that resulted in the Wall Street crash proved to be disastrous for Bing, and many of the firm's assets were taken over by Karl Bub, a rival manufacturer.

Plus Hornby Clockwork Railboxes, i bough this boxes 3 days ago, still thinking on how to preserve the cardboard, the lines inside are in pretty good condition, just a few corrosion in the tips.

The loco is on top of an amazing Bing railroad switch from the same period.