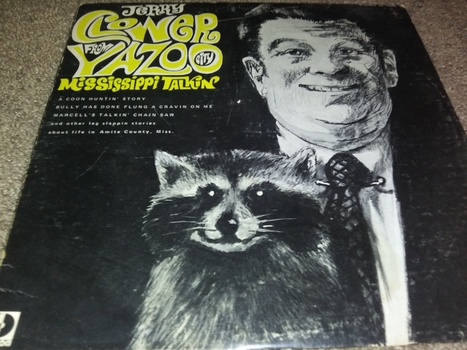 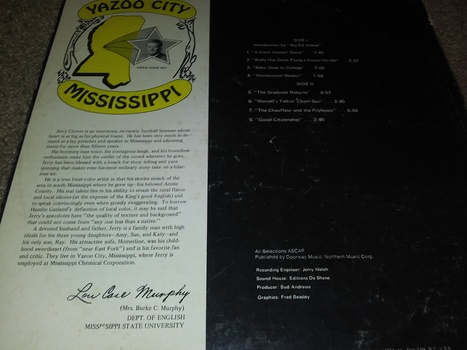 It Is The Mouth Of Mississippi..Jerry Clower!
Born in rural Liberty, Mississippi in 1926, Jerry began his career as a Southern stand up comedian, often telling stories, most of real life memories of his life growing up in the South.
Before he began his comedic routine in 1954, Jerry served in the Navy during WWII and was awarded 3 Bronze Stars.
It would not be until 1971 that his work in comedy would be on recorded format and this is it. 'Jerry Clower From Yazoo City Mississippi Talkin' on the Decca Record Lable.
Jerry passed away in 1998 in Jackson, Mississippi.