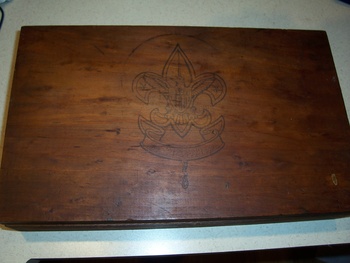 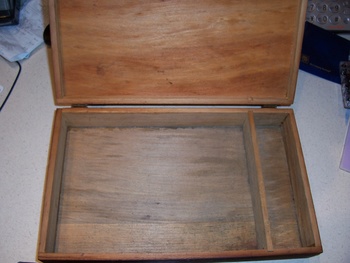 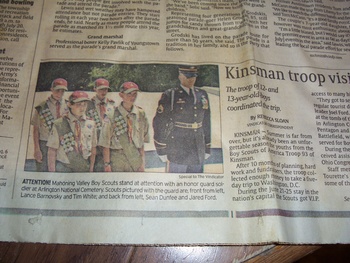 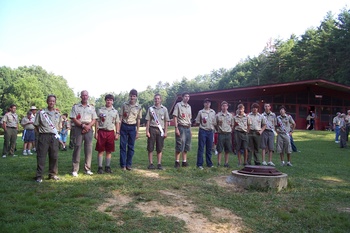 1950`s Boy scout box that I found in the old barn that I picked recently. The 3rd pic is a clipping of my son and 3 other members of his troop in Arlington placing a wreath on the Tomb of the Unknown Soldier, back in 2007. The last pic is our troop at an adventure camp in West Virginia in 2009. The ten boys seen here all went on to be Eagle scouts and had a joint Court of Honor. (I`m second from left, my son is second from right. Thanks for lookin! Rob