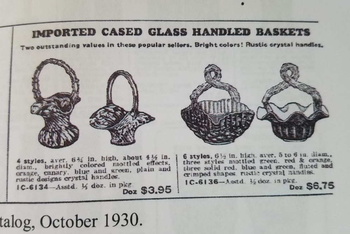 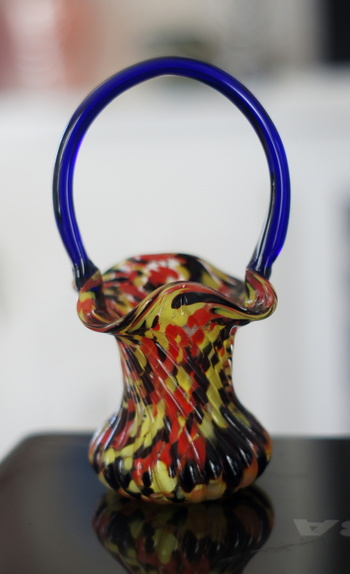 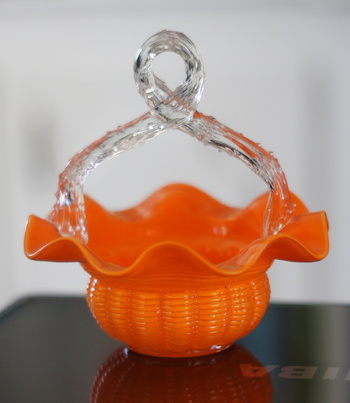 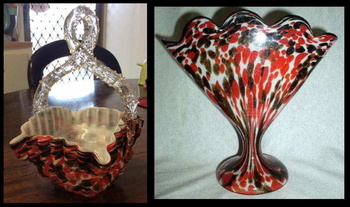 I thought since the information keeps disappearing on a member's post, I would post the Welz baskets myself, along with the Butler Brothers ad that keeps being referenced as showing a Kralik basket.... A basket that I would state, is actually Welz production. There have been a couple of Welz baskets posted in the last few days by my favorite member, with the claims that they are Kralik...... No supporting evidence and would not even post the ad, so I thought I would do it instead. And there is plenty of supporting evidence behind my claim of Welz origins.

Image 1 shows the 1930's ad from Oct in the Butler Brothers catalogs.

Image 2 shows the basket by Welz, shown in the first spot in the ad. The second basket is not one I recognize at this point.

Image 3 shows the last basket in the ad, also easily identifiable as a Welz product, and seen in around 25 verified Welz decors.

Image 4 shows a basket in the same form as the one being posted as Kralik, and it is seen in a decor which is the same as the decor on the Welz Scalloped Fan vase in the same image.

I would also like to mention that although the individual posting the baskets has been told that the closing year for Welz is currently unknown, for some reason the false claim that it closed in 1932 persists in her comments.

Hope this clears the air regarding the baskets and the ad.

The first comment contains a link to the same ad with the basket from the member's post, and another example in a different decor.

Certainly glad to answer any questions.....