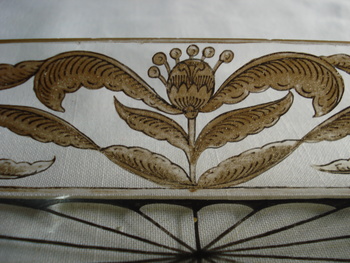 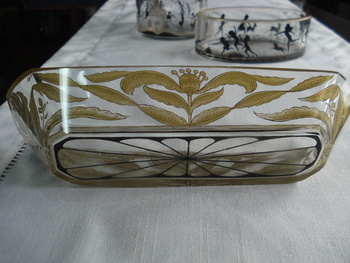 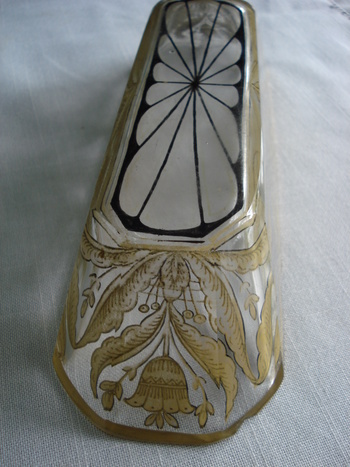 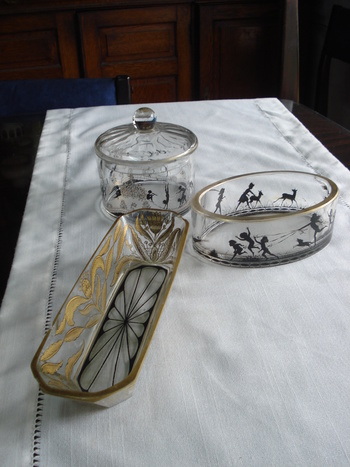 The other one, seems to be a pencil or comb tray and perhaps part of a larger set. We bought it about eight year ago to Dorita. It seems to be a some of the items sold by Julius Muhlhaus refinery probably done by Herman Pautsch . In the book Le génie verrier de l'Europe by Giuseppe Cappa - 1998 it is stated that it was a decorator at Arnsdorf, near Haida, Nord Bohem 1914-1918. There are several chips at the edge and the paint has gone in one of the sides. Colorless glass, very cold to the tact, with a handpainted intricate black and gold decor of flowering foliage.