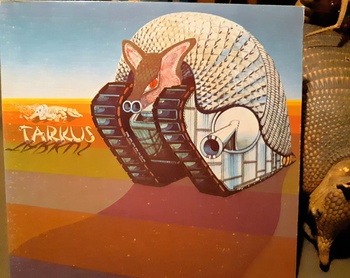 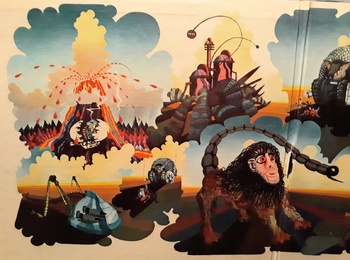 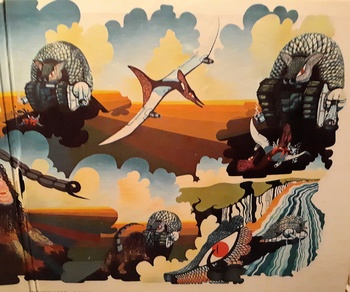 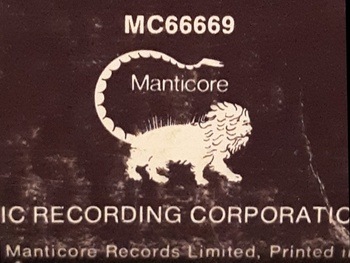 Moving right along from last night's post this time we have Tarkus by Emerson Lake and Palmer. I am going to focus on the album cover rt work. This was down by William Neal a Scottish artist. Keith Emerson saw the artwork of an armadillo tank and then wrote the music. Then the artwork down again for the album this time. Those familiar with tanks would recognize this as a WWI British Mark IV-VII Tank. So it was artwork then music (lyrics by Greg Lake) then artwork again.
You'll have to put photo 2 & 3 together to figure out the story but here is how it goes. Tarkus is born in a volcano (eruption) then battles a few creatures and is finally stopped by the Manticore in the section oddly called Manticore. Then Tarkus goes into the ocean to wash out the venom in the section called Aquatarkus.
For those who do not know Emerson Lake and Palmer were a Progressive rock band of rather exceptional skill. It was rock based on classical music instead of the blues. Critics hated them. My feeling about the critics is that they are advocates for mediocrity.
Last photo. The Manticore became the symbol for ELP and they had their own label Manticore Records.