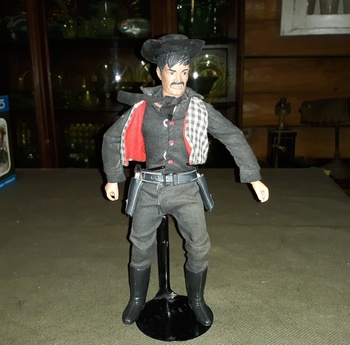 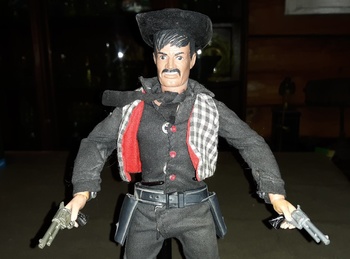 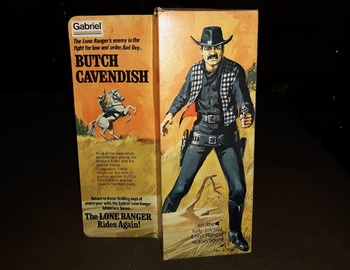 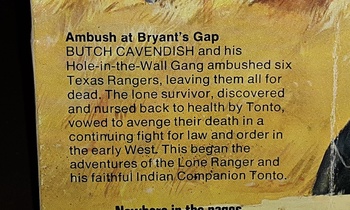 Gabriel's The Lone Ranger Rides Again is a series of 10" figures made in the 1970s. Butch Cavendish is the evil bad guy of the series. He is one bad ugly guy with warts on his face. Way meaner than Sam Cobra from the Johnny West series. He is a back shooter and a bushwhacker.
He comes as seen here with his two gun holster with a pair of Colt Peacemakers. Actually I am not sure if they are Peacemakers but close enough.
There are lots of accessory sets in this line along with 5 other figures (not counting some rare ones). I think next I will post Butch's horse which of course is black.