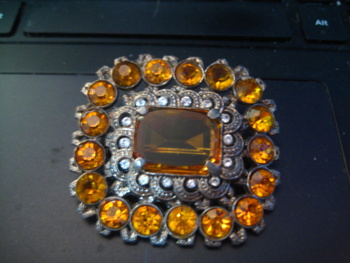 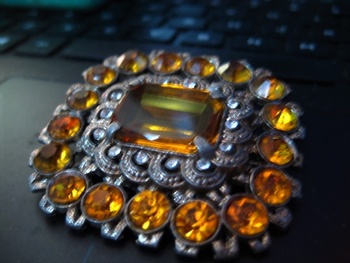 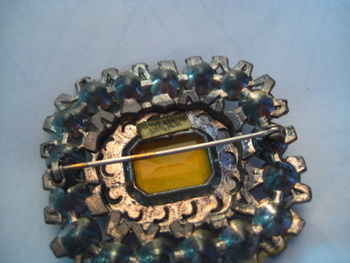 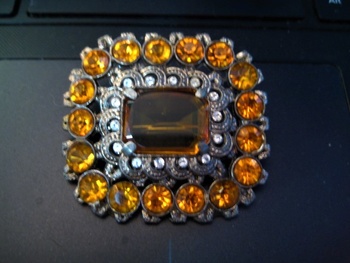 H. Pomerantz, Inc N.Y. - Large AMBER Broch-measures approx. 2 1/8" x 1 7/8". On the back is signed H. POMERANTZ INC. NY, the clasp is a locking clasp. Around the edge are 17 rhinestones, 14 smaller rhinestones around the single large amber stone in the middle
History :
Herman Pomerantz was born in 1901, so probably did not go into business until at least the 1920s. Mr. Pomerantz worked for a short while with a partner named Max Silverman. The earliest pieces are probably the open C-clasp pieces. Pomerantz designed jewelry until the mid 1950s, though the company continued making jewelry into the 1960s. Mr. Pomerantz died in 1967. He patented several designs during the 1930s and early 1940s, In addition to costume jewelry, Pomerantz also produced unusual metal belts, large, showy buckles made from a variety of materials, including bakelite! Pomerantz is also well known for making buttons, including women's cuff buttons.