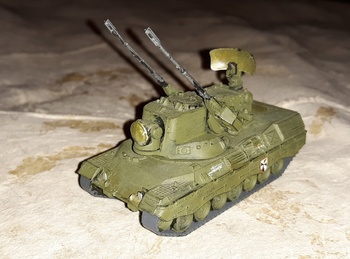 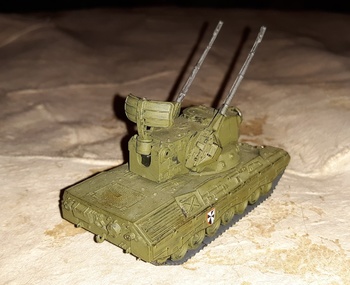 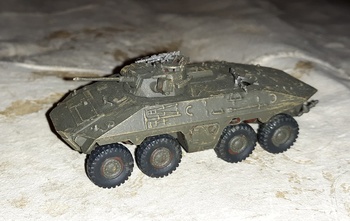 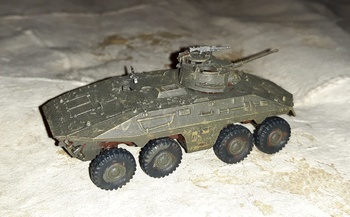 A pair of highly detail 1/87 armored vehicles. Neither are tanks but even tank experts call all armored vehicles tanks because it is just easier.
First is the flakpanzer gepard. It is an anti-aircraft tank. It's job is to keep enemy aircraft away from the ground forces and not necessarily shot them down. Shooting them down is nice but the main mission is to keep them away or make them miss.
The other is the Luchs which is an amphibious reconnaissance vehicle. Word is it is way to big for the size of its gun which is 20mm. It was in service form 1975-2009 but I don't think it ever saw combat. Probably very impressive to see coming out of a river.
Please note there are almost infinity minitanks so this may go on for a while.