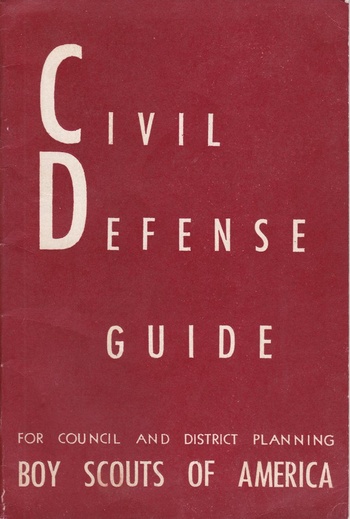 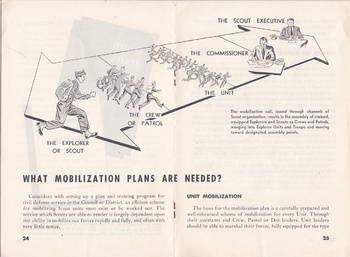 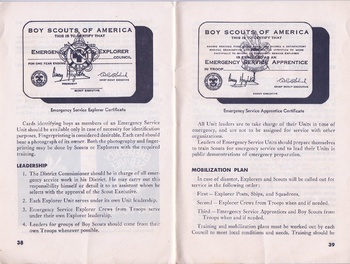 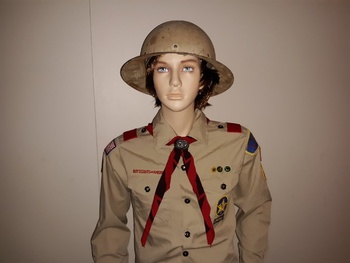 Special thinks to yougottahavestuff for sending me this Boy Scout manual.
This is of course a Civil Defense Guide for Boy Scouts. It tells what Boy Scouts could do in case of an atom bomb attack. This was 1950 so this was more survivable than in the 1960s. A smaller scale I think. It has an introduction by Harry S Truman dated 1950.
I just picked a few pages with good graphic. The first one shows the table of organization (kind of). Starts with the individual scout then the patrol then the troop. Then the adults.
Next are some certificates. Apparently explorer scouts are supposed to be a big part of this, they are the next stage up from Boy Scouts. They were big in the day. Last I heard explorer scouts were more specialized such as police explorers or fire etc.
Just in case anyone wonders what the scouts in case of an atom bomb attack it things like taking people to scout reservations, first aid and so on.
Lastly Cody is wearing his civil defense helmet. Perfect for air raids.