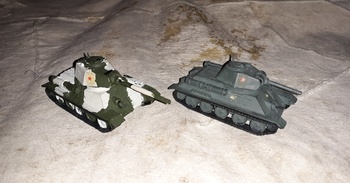 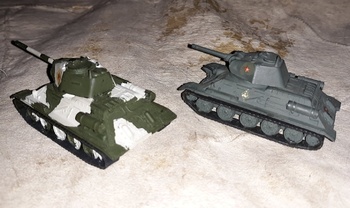 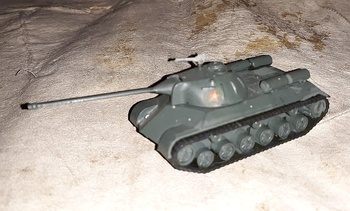 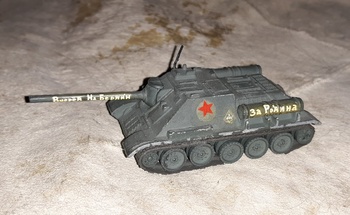 We have here three Roco Minitanks and one Tomy. The tanks are the T34/76, T34/85 and the IS III. The Tomy is the SU85 tank destroyer. Tank destroyers had larger guns but no turret or in general were not quite tanks. They were defensive weapons. Here come a bunch of tanks send the tank destroyers over there to stop them. That was the plan at least.
The T34 has a reputation of being the best tank of WWII but that was probably a bit of propaganda. They never did have a positive win/loss rate and oddly enough they lost more fully tracked armored vehicles than they made. So the line about them being able to make the T34 faster than it could be destroyed not so much. They got their other armor through lend lease. Basically they looked good on paper but when hum beings were put inside there were issues.
These were early Minitanks but good enough for your HO train layout of the Russian front.