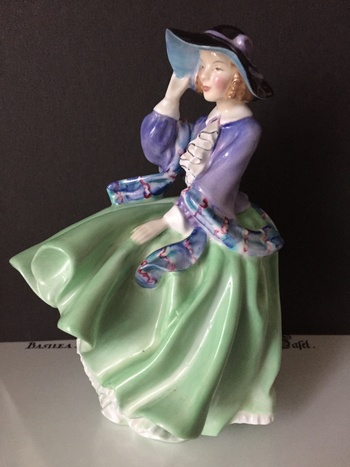 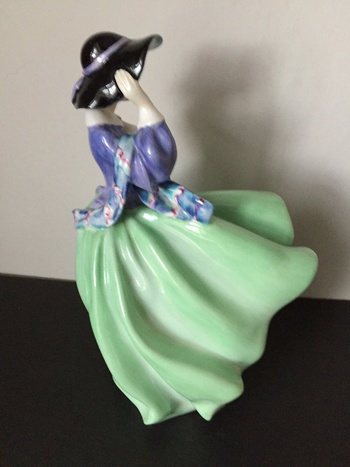 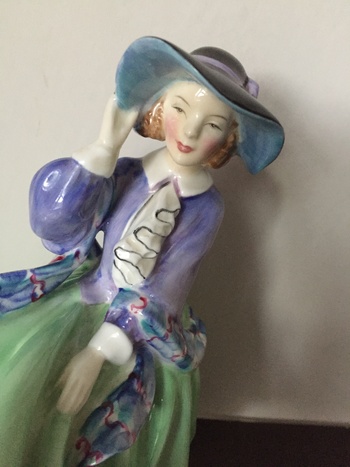 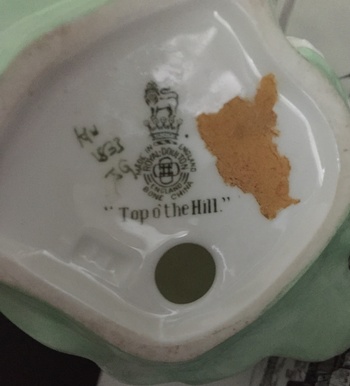 A Royal Doulton figurine titled 'Top of the Hill'. Recently found at a thrift. I bought because it reminded me of my Great Aunt Margaret who was so fascinating. You climbed a winding staircase in an old apartment building to come to her apartment which was furnished in 1930s furniture. Did she have figurines in her apartment, I don't remember, Or maybe I bought it because it reminded me of a Jane Austin character or just a trip to England.
I'm not sure, but could the number 1833 mean it was made int he 1930s? I just assumed it was from the 1960-1970s. I hope a Royal Doulton expert will weigh in on this.