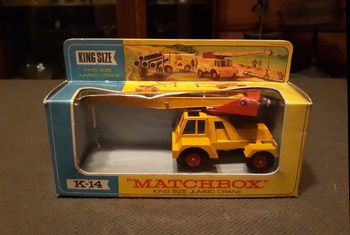 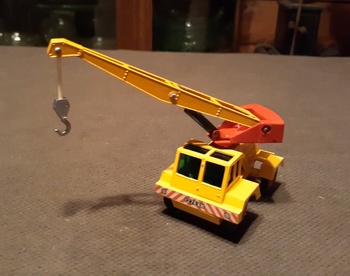 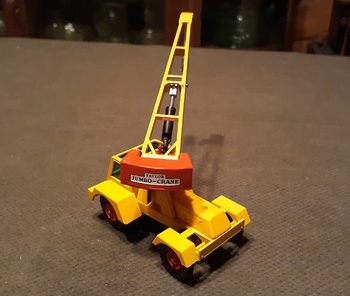 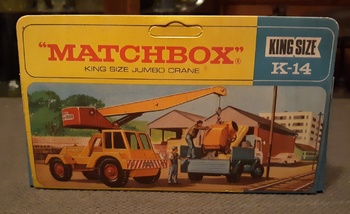 This is a mega Matchbox post as this is a mint King-Size Matchbox in a mint box. I could barely move the crane up and down when I first got it. Not sure if it had ever been played with or taken out of the box. No way to tell if it has or not but this is mint. Plus it is a King Size which are much less common than the regular size.
The Taylor Jumbo Crane was in the catalog from 1963-1970. From 1963-1966 it was all yellow. In 1967 the red color was added at the base of the crane portion. The box with the blue interior was used in 1968-1970 so that narrows this one down to that time.
The crane swivels 360 degrees and goes up and down with a simulated hydraulic lift. It is a nice feature as it holds the crane up at any angle.
Very nice box art on the back. A cement mixer like the one in the art was one of the original matchbox models.
Tommorrow night will be more of the ship models I am thinking.