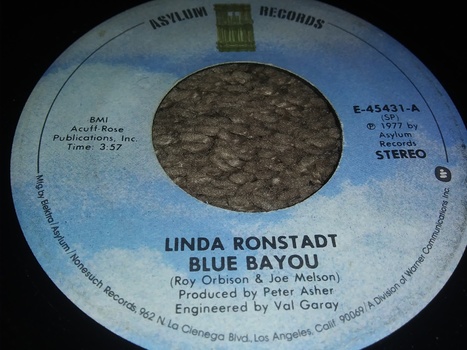 Miss Linda Ronstadt, with her rendition of the Roy Orbinson song, 'Blue Bayou', originally released in 1963 and the cover by Linda, released in 1977.
Linda did a few covers very well, "When Will I Be Loved", written by Phil.Everly of The Everly Brothers and "A Different Drum", originally written by Mike Nesmith of The Monkees, to name a couple.
From being a member of The Stone Ponys, singing backup for The Eagles, going solo, as far as going to Broadway and at one time the wife of former Governor of California, Jerry Brown, Linda has had a eventful Life!!