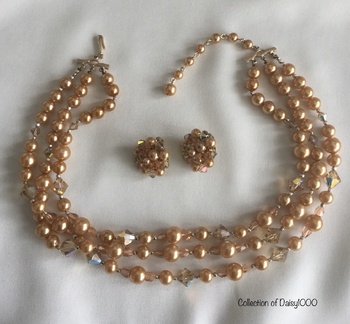 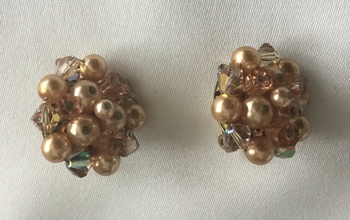 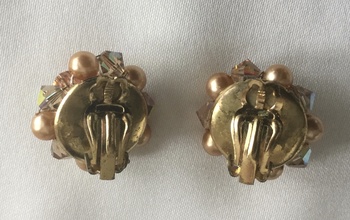 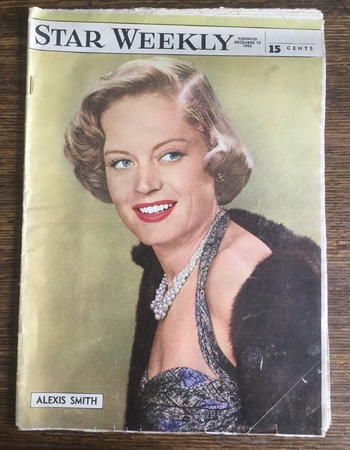 This is an early 1950s plastic necklace and earring set. Although the necklace hook itself is not marked, it appears to be somewhat the same as that of the necklace in the previous pink post. The clip earrings, also unmarked, are again almost identical in style to those of the previous post. This set was discovered with that previous one. (You will note the mottling of the metal on the back of these golden earrings; this does not appear to be wear, but, rather, deterioration.)

By the early 1950s, the women who had gone to war ... or could be thought part of that generation, were at least somewhat along the way in the development of their families. Or had begun to achieve in post-war careers. The immediate post-war rhetoric that promoted a return to home & hearth and babies and ultra-femininity for women was slowly being invaded by other messaging. In coordination, the pervasive pinks of the previous half decade were being replaced by, supposedly, more sophisticated tans, creams, and golds in the jewelry offerings of several North American & other makers, including Coro, Sherman, and Eisenberg. Austrian, Czech, German, Japan jewelry was worn in abundance.

Some writers have stated that the “goldenizing” that occurred at this time can be understood as a desire to recreate the golden period that existed before the war. That is somewhat of a fragile argument that might both lack in credibility: the decade before the war was the 1930s ... and the Depression; and, also, undermine full appreciation of the complexity of what was occurring in lives of North American women in this decade before Betty Friedan.

I have included a “Star Weekly” cover photo of Canadian actress Alexis Smith, who was sometimes thought the face of the Goldenized Early Fifties Woman. 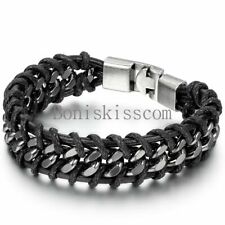 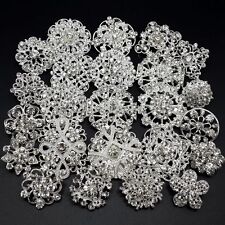 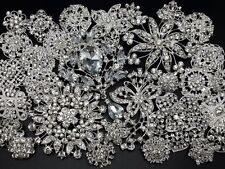