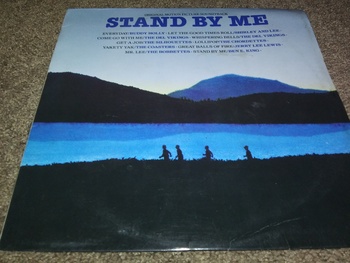 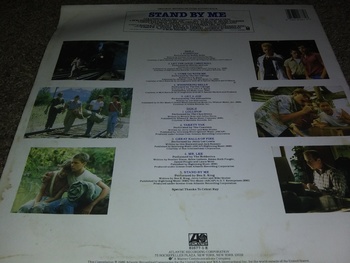 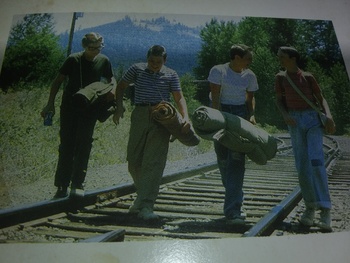 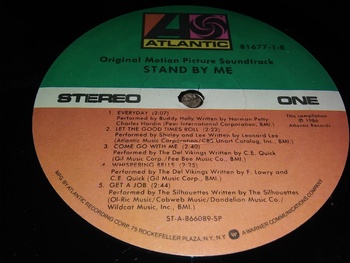 From 1986, the soundtrack to one of my favorite films to hit the big screen, 'Stand By Me', a film of nostalgia and very great Music to go along.
The screenplay was actually written by the king of horror himself, Stephen King.
Besides Ben E. King's title track, you have here Jerry Lee Lewis with 'Great Balls Of Fire' nd that song by The Chordettes, 'Lollipop', that the young lads were singing and listening to on a transistor radio while walking down railroad tracks in search of a dead body.
It was a story of growing up during a time of innocence.