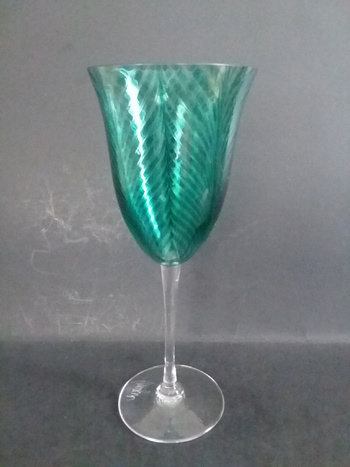 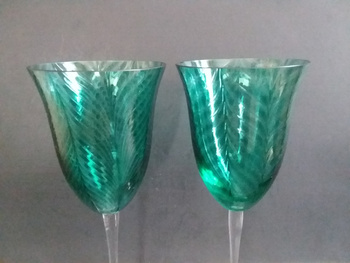 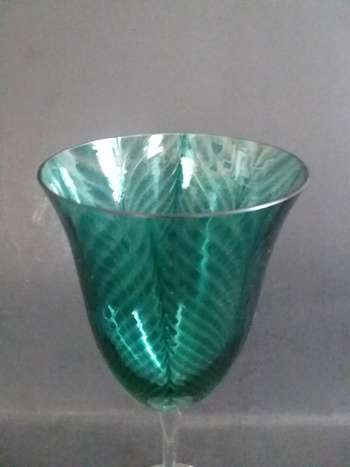 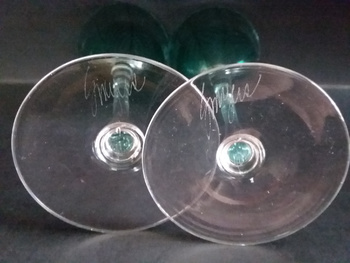 These wine glasses are 8" high and signed "JMyers" on the bottom of each glass. One glass is a bit larger in diameter. The larger glass has a small rim chip, but I guess it could be ground down, if someone wanted to do that. Each is large enough to stand alone as an art piece.

I attended the university where JPM taught for 30 years and was there while he was still teaching but never met him as I did not become interested in art glass until a few years later. Signed Blenko glass by Joel Philip Myers is still fairly easy to find and not super expensive, yet. I will be posting another JPM signed Blenko piece, soon. I could not find these glasses in the Blenko catalogs during the years that JPM was a designer there. They may have been experimental pieces. Pulled feather glass may have been too time consuming and expensive to produce in quantity. I do not find much pulled feather glass by Blenko. It is also possible that JPM made these after leaving Blenko. Comments welcome.