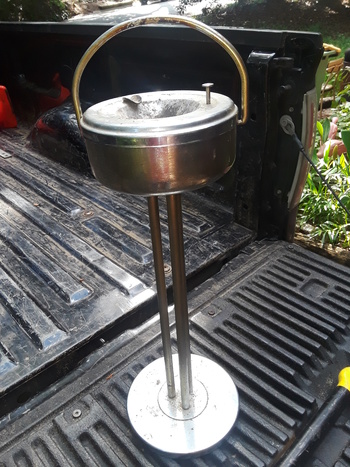 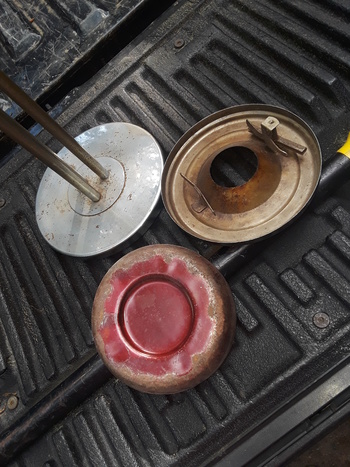 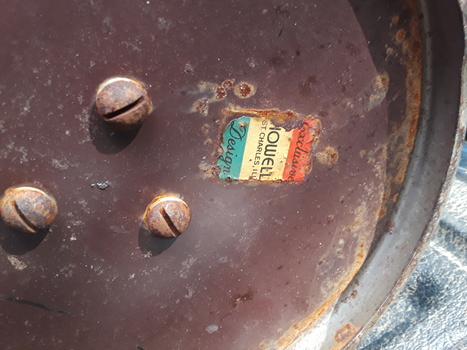 Another little item recovered today from my previous residence...perhaps it could be called "cleanout house #2" but that the stuff I'm now cleaning outta there was always my own property anyway vs. random other strangers' stuff from the *other* cleanout house. <lol>

I don't really know exactly how old it is and haven't bothered to even research it (much less to clean it up again) nor do I really remember where I originally *got* it , but that would have had to been at least 30ish yrs ago one way or the other. About 8" across its base, a little less around its urn which is suspended atop three little tubes making the whole thing roughly 2' tall. Pic 2 shows the base a little closer plus the underside of the separate metal 'ash collector' bowl that fits inside it, also the underside of its lid clearly showing how it used to probably have a little springed set of 'trapdoors' operated by its pushbutton, to dump any freshly snubbed out butts and whatever to its inside.

The label on its bottom (pic 4) identifies it as an "exclusive design" of "HOWELL" of St. Charles IL, whoever they were.