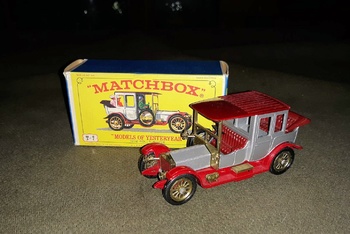 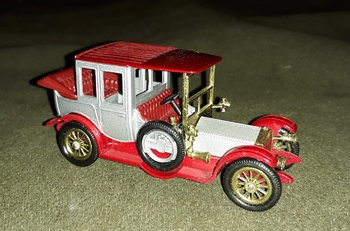 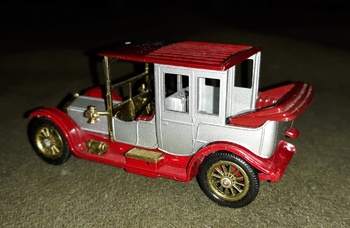 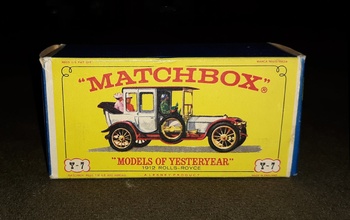 If you wanted to arrive in style in 1912 this would be the way. Arriving in this Landau style coach with a 7046 cc engine would get you noticed. It had a top speed of 60 MPH which was pretty impressive for 1912. Plus it was quiet as a sewing machine and a coin could be balanced on the radiator ornament. On current Rolls the ornament retracts under the hood when the doors are locked. It is very cool.
Now as for this model it was sold from 1968-1983 and in these colors until 1973. As for the box there are many fine sites with much information on the boxes aside from when this box style was used. I was thinking this box type was last used in 1967 but this is a 1968 model so I am going with 1968 on this. Matchbox switched to window boxes for King Size and Yesteryears in the late 1960s. They may have been using both box types for a bit But I am fairly secure in saying this is from 1968.
Got a great vintage Jag coming up next week.