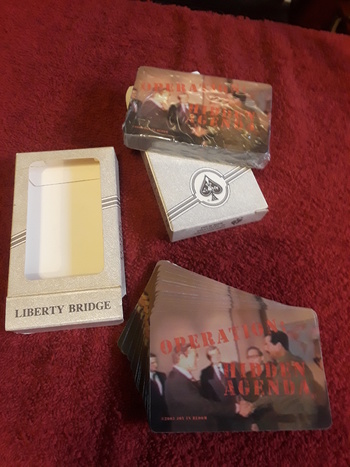 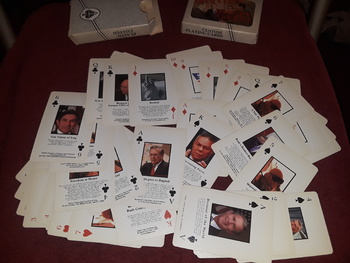 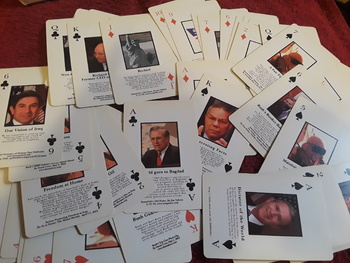 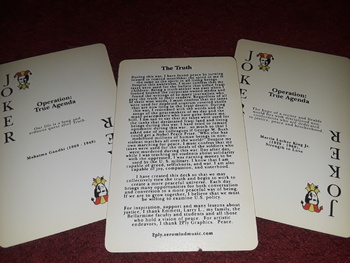 For poticheman (at least) who showed a similar deck of cards this morning.

Here's my two slightly different (than his) decks, one still in its original plastic wrap inside its box. In small print on their backside graphics are the words "(c)2003 JOY IN BLOOM" which I presume was whoever produced them back then, there's also an internet address at the bottom of the extra "THE TRUTH" card included in each deck, the backside of that card lists photo credits for all the images used, mostly from U.S. Gov't websites, etc. The cards themselves were made by LIBERTY.

I don't exactly remember where I got 'em from, probably the result of too much late-nite TV at the time or something. ;-) Otherwise shown here without any further comment. ;-) :-)