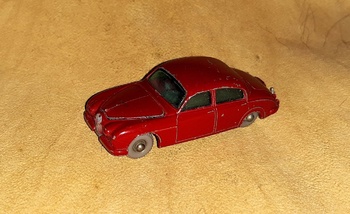 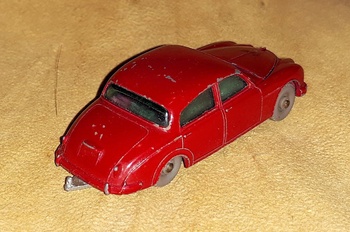 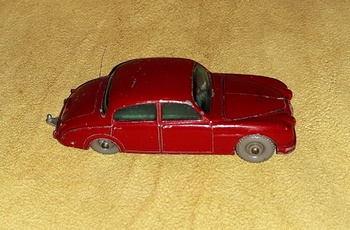 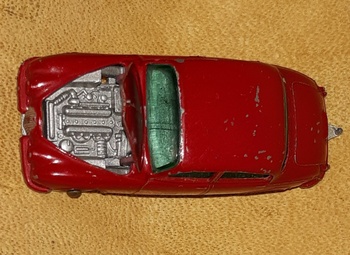 This is the second version of this model. The previous version had no glazing (windows) or opening hood. This was fairly revolutionary for 1962. Before that models were a body and base on wheels. This model is known by collectors as model 65b.
The Jaguar 3.4 Litre was in the catalog from 1962-1967. This doesn't count the earlier version that ran from 1959-1961. From 1965-1967 it had black wheels so this one is 1962-64. These are fine tread grey wheels so probably 1964. The first models had knobby wheels until that supply ran out. Please note I am using English English as these were made in England. Did leave out the opening bonnet as opposed to hood. To add it reveals a 6 cylinder inline engine.
The 1:1 version was a salon car which I do believe means sedan. Perhaps a luxury version. Should one get one now it would be guaranteed cool. It is a stylish vehicle.