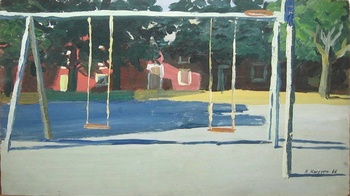 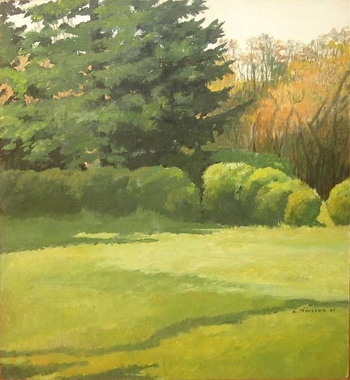 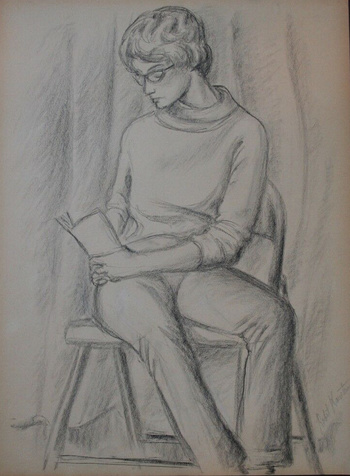 Robert "Bob" Karsten was born 17 April 1943 in New York, a son of Erna Karsten. At 22 Karsten earned a Bachelor of Fine Arts degree from the Maryland Institute College of Art in Baltimore, majoring in painting with a minor in sculpture and intaglio printmaking. He graduated Cum Laude in 1965, then in 1967 earned a Masters degree at the Maryland Institute College of Art Huffberger School of Painting, again majoring in painting with a minor in intaglio printmaking. Karsten was a tall man, about six foot four, and slender of build at about 220 lbs. He was an Olympic-style weightlifter and much of the information below comes from a weightlifting acquaintance who met Karsten in Louisiana and became a friend of both Karsten and his mother for many years.

Karsten was as an Associate Professor in the School of Art at Louisiana Tech University, starting in 1968, teaching painting and drawing, including figure drawing and anatomy, as well as graduate courses in painting. About 1984 he relocated to Red Lion, Pennsylvania where he worked as an fine artist. Karsten was a painter in oils and pastels, and an illustrator. He had a "massive fascination" with trucks, trains, and horse racing and painted those things. Among other subjects, he created a series of semi truck paintings in pastels and lithographs that were created from his original oil paintings. He was commissioned by a hobby shop, Trainmaster of Montgomery, located in Montgomery, Alabama, to paint a series of paintings for lithographs of well known trains. These lithographs are now very sought after by train afficianados. He was also commissioned by Wither's Publishing to do covers for two books about trains, Norfolk & Western Volume 1 and Volume 2. Karsten did a book cover for a book about Seaborn Air Lines trains for an author named Warren Calloway.

Karsten did not marry and his only relatives were his mother and a childless aunt and uncle on his mother's side. His mother and sister came to the US about 1918 from Germany at the end of WWII. They all settled in York, PA. Karsten did not know his father. Karsten's aunt and uncle died in York County, and later his mother died there, too. Karsten lived with his mother for many years both in Pennsylvania and Louisiana. Robert Karsten apparently became despondent upon the death of this mother and possibly due to a diagnosis of macular degeneration which resulted in him taking his own life. Robert Karsten died 16 August 1996 in York, PA.

After posting his biography on my art collection web site, I have heard from many of his students and friends over the years who had not known of his passing. He was well respected as a teacher and artist.

Karsten created many technically fine paintings and illustrations, but I have always preferred his sketches and studies.

unnamed, Robert Karsten, 8" x 16", oil on board, fauvist sketch. In a simple frame made by Karsten.

"Study for 'In Harmony'", Robert Karsten, 8" x 12", casein on masonite panel, 1966. Karsten intended to do a larger painting based on this study, but I don't know if he ever completed it. In a simple frame made by Karsten.

unnamed, Robert Karsten, 14" x 11", oil on masonite panel, 1965. This may have actually been a finished painting, not a sketch. It has simple frame that he probably made.

unnamed, 24" x 18" charcoal on paper, loose sketch from Karsten's sketchbook. His study of anatomy is apparent from the proportions of the figure.