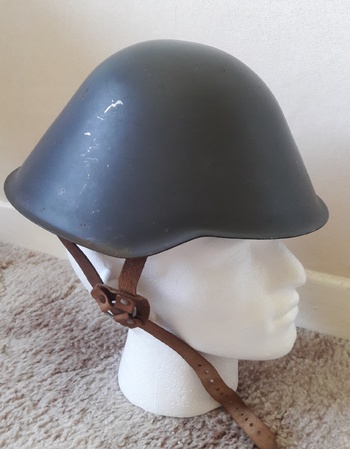 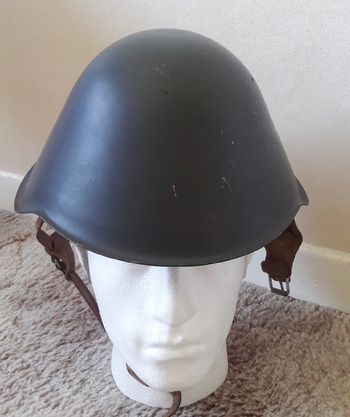 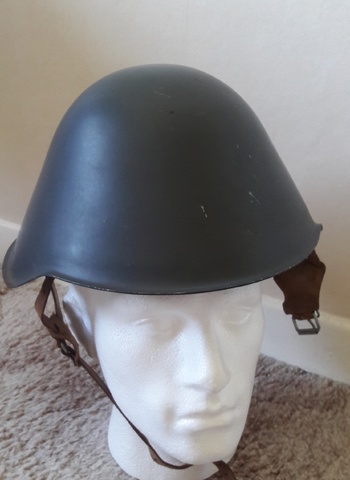 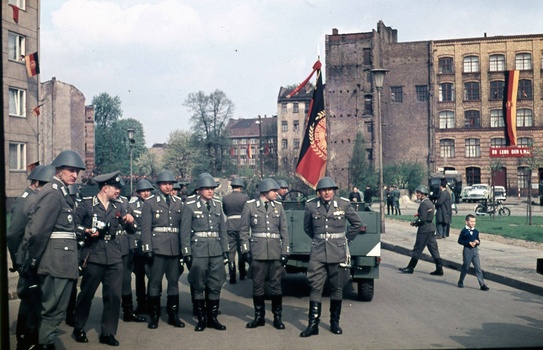 After WW2, defeated Germany was split into 4 sections to be controlled by the 4 main allies. These were later condensed into 2, becoming the soviet influenced East Germany and the US influenced West Germany.

This helmet is from East Germany.
When the the East German leadership started looking for a helmet that could be mass produced for their new army they deliberately chose a design that was distinctly different from the old Nazi 'coal scuttle' helmets. What they chose in the end was in fact still a Nazi design, having been conceived and tested by the third reich in 1942 but never used by the wehrmacht during the war. This design was likely chosen because it was the most similar to the recognizable Soviet helmets, in particular the iconic SSh-40 design. Indeed, the M-56 was similar enough in appearance to the SSh-40 that some Westerners failed to realize its German origins altogether and assumed the East Germans had adopted a Soviet design.

This helmet was used by the army and the Volkspolizei all the way through the cold war up until East Germany's demise in 1990. The only noticeable difference in design over the years being changes to the liner and chinstrap and two rivets that are no longer visible on the later version, the outer shell remaining consistent. This one is the later version, from 1971.