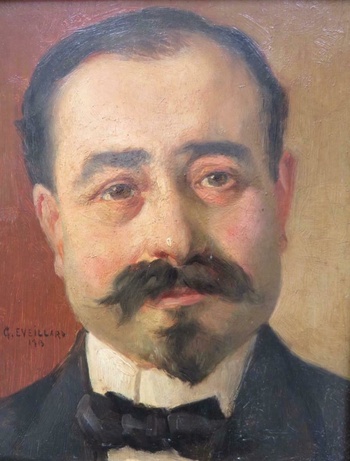 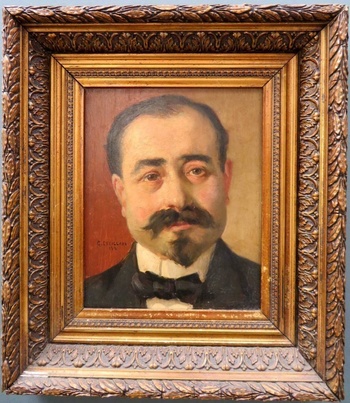 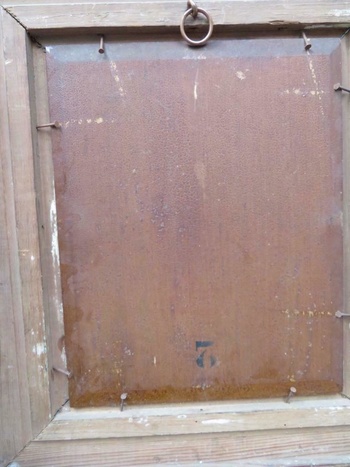 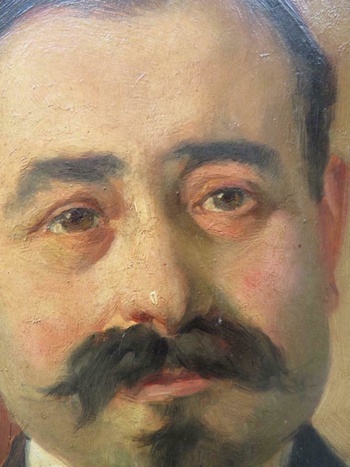 ARTIST: Georges Eveillard (1879-1965) French
TITLE: "Portrait Of A Gentleman"
SIGNED: lower left and dated 1913
MEDIUM: oil on panel
SIZE: 37cm x 32cm framed
From the internet:
Eveillard was born in Nantes and exhibited at the Salon des Artistes in Paris in the early 20th Century. Eveillard was director of the Ecole Des Beaux Arts and a conservator at the museum in the town of St-Nazaire. He won numerous gold medals for his paintings including The Ecole Des Beaux Arts Rouen and at Nantes and also the The Ecole Batignolles De Paris and at the art school in Montparnasse Paris. He was also a commended war artist between 1914-1918.