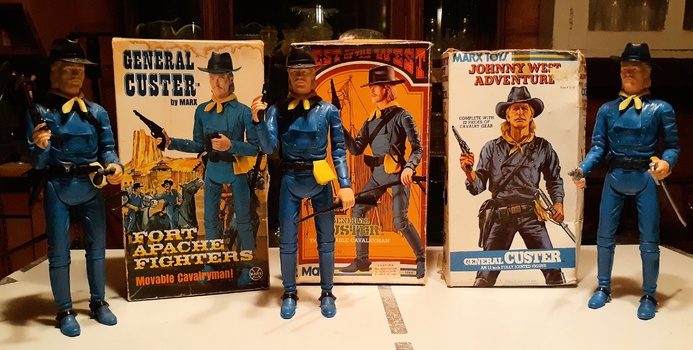 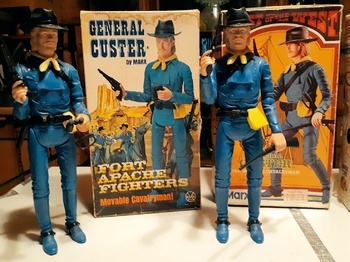 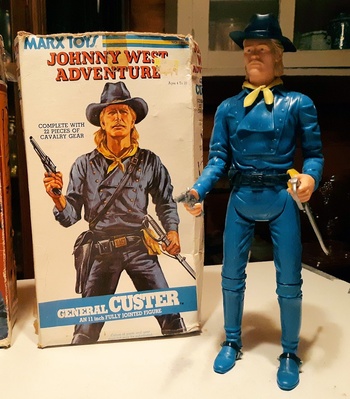 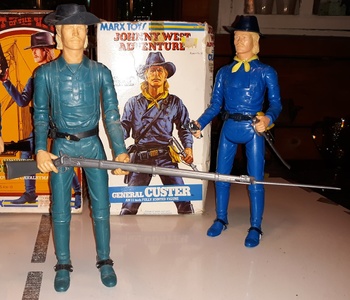 Marx General Custer was sold from 1968-1967 and there were three different versions sold in the US not counting the mail order versions. The first is the Fort Apache Fighters (FAF) version. This is the most common and was sold for several years. Next is the Best of the West BOTW) Version. Originally the line was divided into the Best of the West and Fort Apache Fighters but in 1974 they were all sold in the Best of the West series boxes. The figures and accessories were the same in the first 2 versions. In the next one the hard plastic accessories were silver. The next version being the Johnny West Adventures (JWA) version. These are far the most valuable due to the silver accessories and the flimsy boxes. The earlier b
oxes were 2 pieces boxes with lid and bottom part. JWA boxes were one piece and they needed to be torn open unless the extreme care and collector would use was done. But back then there were no collectors.
Last is custom Custer using a body switch. Must be Custer's brother Tom Custer.