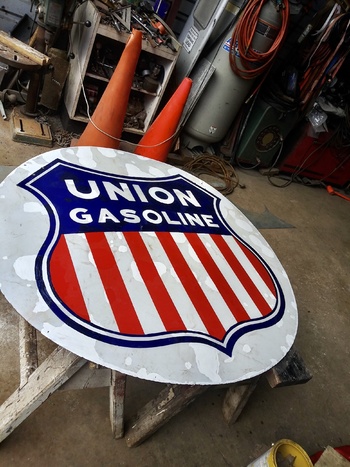 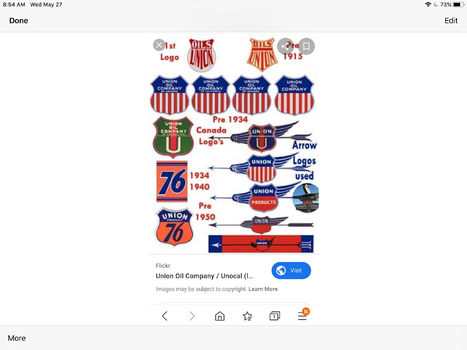 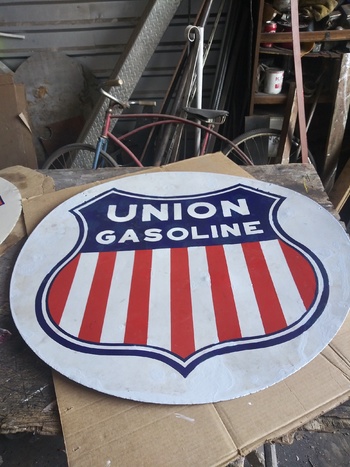 We bought this old Union Gasoline Sign last year at and auction in Washington and it took forever to get it to Provo to the Museum but it’s here now. It’s got some touch up and is a long ways from perfect but it’s a rare and hard to get sign and we’re very happy to have it.
The Union Oil Company was begun in Calif by the merger of 3 smaller companies in 1890 but didn’t have their own first gas station until 1917. This logo is the pre 1934 logo and pre dates the 76 Logo which was actually an advertisement for the Octane of the gas being sold as it began. I can’t find any history of this particular logo but it appears related to Union Railroad more than Union Oil of California.