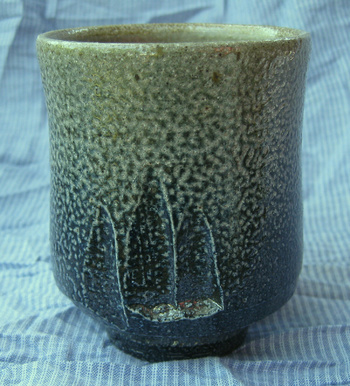 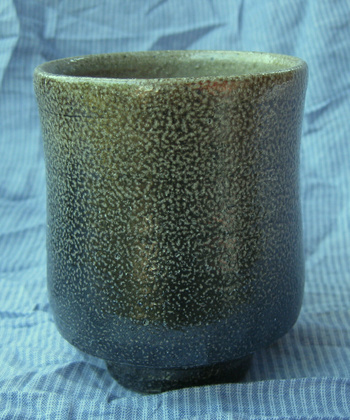 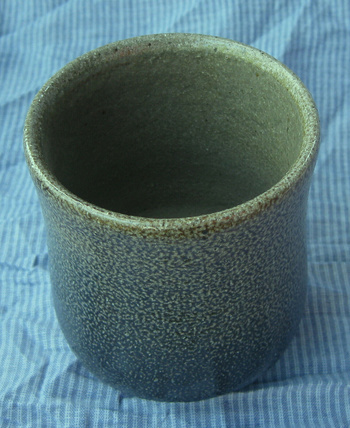 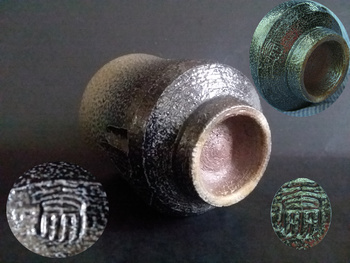 This yunomi is 3.5" high x 3" in diameter. It has a design gouged into one side. It is signed and, at first, I thought it was in Japanese, but now I don't think that the stamp is Japanese. It looks more, to me, like two capital a's (AA) possibly under a stylized tree. Just a WAG (wild assed guess) on my part. It came from the possessions of an American professor who taught in Japan in the 1990s. He sent a lot of Japanese items, including pottery, back to the U.S., but also had a few British and American pottery items in his pile. This and another cup were sold as a pair as they were oddballs compared to the other items from his collection. They were very inexpensive, and I liked them, so I decided to see if I could figure out what they are.