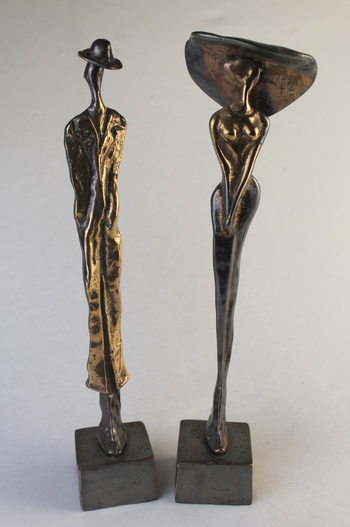 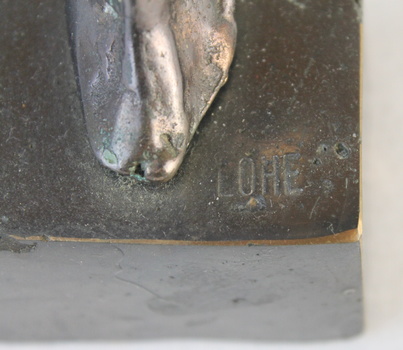 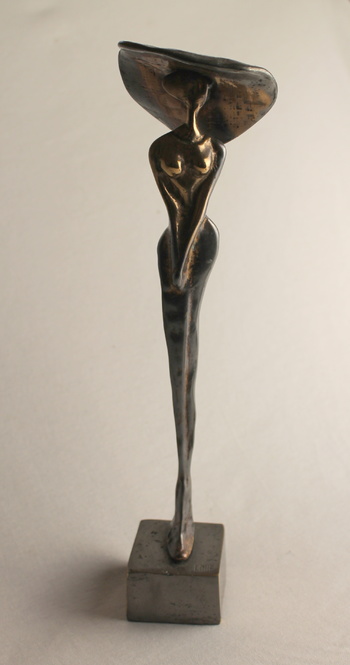 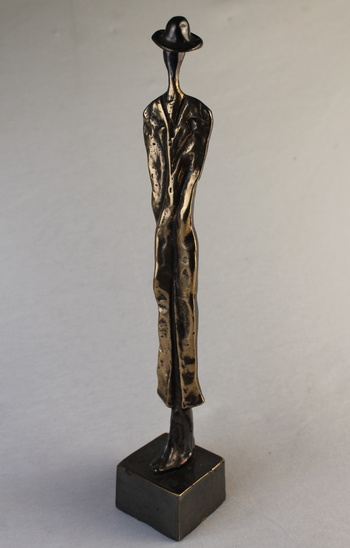 These seem a bit outside my usual realm but lately I have picked up a few metal sculptures because I like them. Best reason of course.
These two figures date to the 1980s and were made by the French artist Yves Lohe.
Lohe was born in northern France 1947 and although he originally pursued law and then teaching, in the early 70s he trained with the forged iron expert Abel Bataillard and became interested in sculpting as an art form. He began producing sculptures made in iron and by 1977 he had resigned as a teacher and was working full time as an artist.
Around 1979 he began working in bronze and for the next decade would focus on humans in various activities; their hands, dancing, in general life. These sculptures are all individually made and seem very organic, and all seem to be mounted on bronze bases like these two, stamped with LOHE on the base.
In the 1990s he started including glass in his sculptures, and he developed works that melded the visual strength of bronze with the light and colour of glass. His work moved away from just human subjects and he created a huge body of varied and beautiful work that became exceedingly desirable and collectible. I don't believe he is still creating sculpture but have not been able to confirm that.
These two figures are from his early bronze years and I think they are quite demonstrative of his style at that time. Very attenuated figures quite roughly formed with only basic features and showing a quite French style.
They are both around 32cm tall.