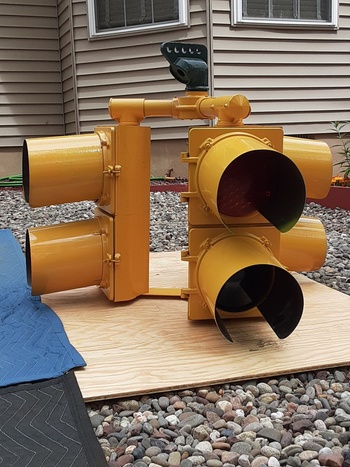 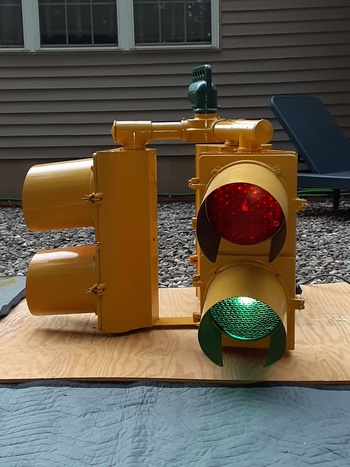 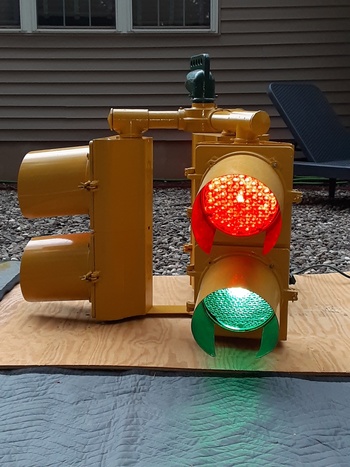 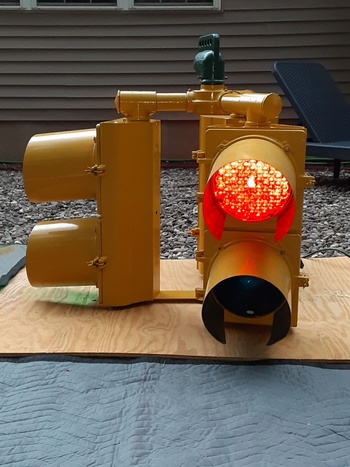 This is a replication of a New York City two-color, three-way traffic signal cluster I recently built. It is based on an original configuration that existed in the Rockaways of Queens, New York over 20 years ago. Without yellow, red overlapped green, and both indications appeared lit for several seconds before green went dark. I remember this well from childhood when Dad used to take me to the Rockaways in the early-2000s.