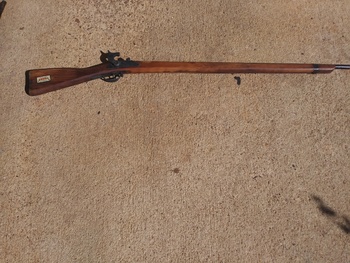 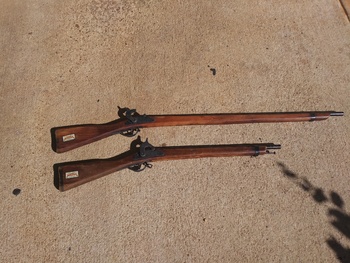 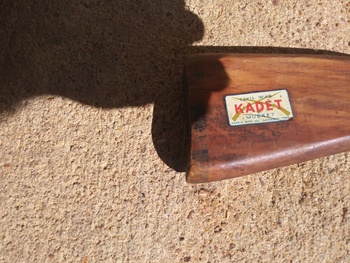 I shared a shorter musket and pistol earlier made by Parris Mfg. Co. These muskets were were first made during the Civil War Centennial. They made three different length muskets. There's either one longer than this one here or there's one in between the two sizes . There's been some muskets reissued over the years but they'll have a "gold leaf" kind of label on them. The original '60's have the label in the 3rd pic.
the Springfield type Kadet Training Rifle is probably more familiar to people than the musket. Parris manufacturing started out making generators. In World War II they made the Parris Dunn Training Rifle(desirable and can cost more than a real rifle) in the last picture. They continued making wooden toy guns after the war.