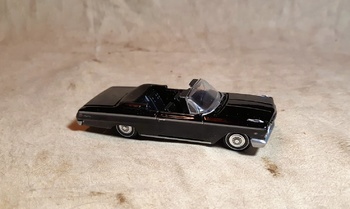 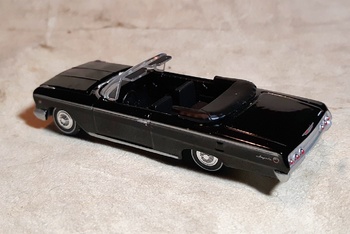 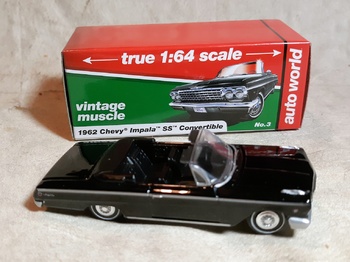 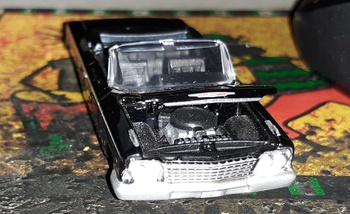 auto world likes lowercase as I posted the all the text as it appears on the box. Must have been raised on the net as it is easier not to have to hit the shift key.
This is true 1/64 scale which is as advertised. Most of the high quality die cast cars made now are true 1/64. Matchbox started the 1/64 scale die cst cars but their models were more of size and not a scale although the passenger cars were roughly 1/64. Also note this comes with a Matchbox style box which is nice.
The 1962 Impala was a rather large car. It was about 50 feet long and 20 feet wide and had more room in the passenger compartment than an apartment in the USSR. Basically a large car.
o be more realistic this is a Super Sport model aka SS which was mostly trim as far as I can tell. There are probably others who can tell everyone far more than I could.