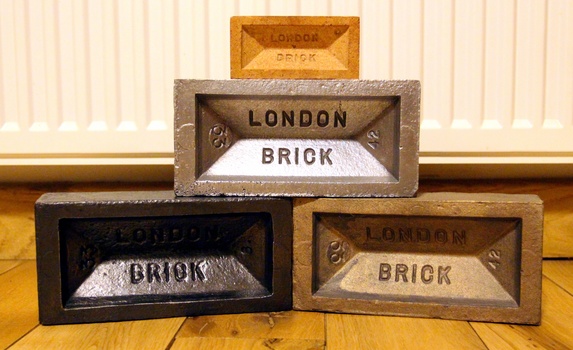 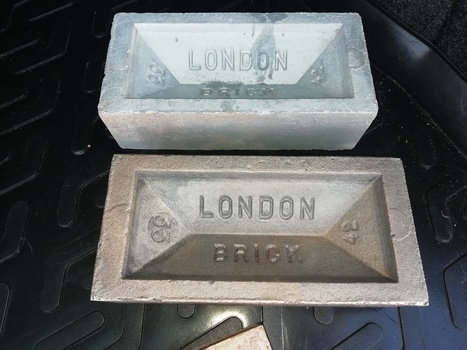 These are my cast house bricks I had made for a display feature at home. The bronze London Brick was made by the firm who cast the Bafta awards and they done an excellent job of it. The aluminium brick was made by a firm in Croatia and it came out better after they advised me to buff it up to highlight it better as it looked a bit bland as a plain cast brick. The last brick I had made was a cast iron brick made by a firm in the north of England. It was supplied as a plain cast brick but I applied black cast paste and buffed it up to enhance it better. I was thinking of getting another cast iron brick made and leave it out to the elements to get a rusty appearance.
I'll be looking at getting a brass version made next, once the covid lockdown eases.
The small brick will be used as a template for possibly a solid silver version. It may seem a bit strange as why I wanted these made but I used to work for London Brick company 29 years ago until they closed the brickworks down near me in Buckinghamshire. They are still making bricks at another yard in Cambridgeshire. Nice to have an ornamental feature that's a bit different. A few people think I'm mad at getting them made but quite a lot of people like them as it's a unique idea for such a common item.