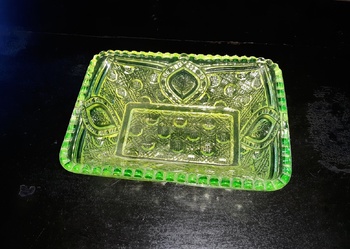 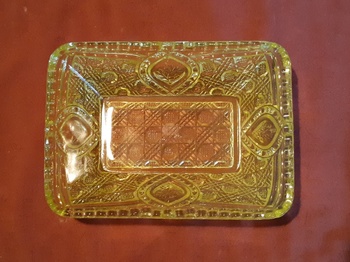 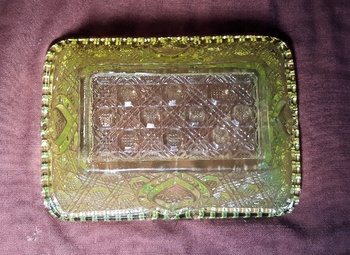 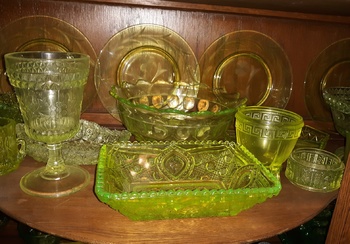 Perhaps the title needs to be a bit longer but then there would be nothing left for this section. This is actual yellow Vaseline glass as opposed to that other kind. As in the color of Vaseline petroleum jelly or canaries. Originally it was called Canary Glass.
This is 5" x 7" relish dish or for whatever one may want to put in it. It was made by the John B Higbee Glass Company from 1909 until 1918. In 1918 GE bought the glass company to make light bulbs and molds were sold to Martinsville. I shall have to research the Martinsville connection a bit more.
Early American Pattern Glass aka EAPG is known for having multiple motifs going on in a single pattern. I need to learn the names of all the various motifs. This one has buttons along with several others. The flower in the ovals give it its name. It is also called Banner but this may just be without the flower in the oval which they also made.
Still have another Vaseline glass item so keep checking this site.