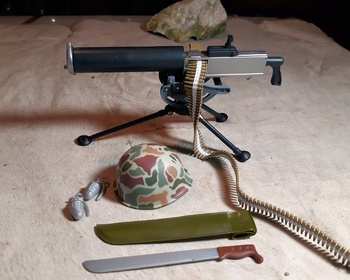 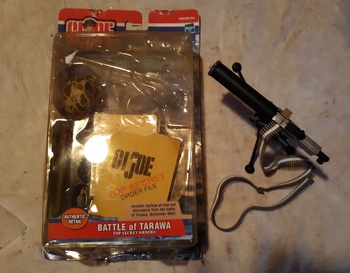 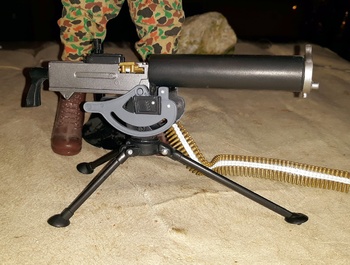 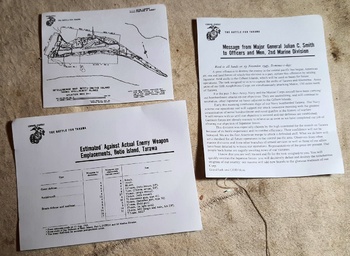 This is a very cool set I picked up in Bakersfield for $10. Got some ooww ahs from other GI Joe collectors due to the super cool water cooled .30 cal machine gun. The original GI Joes just had the air cooled version which was known as a light machine gun. With the water cooled jacket it could fire longer without burning out the barrel and was called a heavy machine gun despite firing the same round. It also comes with a helmet, machete and grenades all in scale for a 1/6 scale GI Joe. This is a set for the marines. The original Action Marine sets were very nice but were usually just Army sets in a different package. And sets like the Marine Medic were just wrong as the Marines used Navy Corpsmen.
Now as for the secret plans for the Battle of Tarawa they could have been better as 1000 Marines were killed. But then again there were 5000 Japanese and very few surrendered. Plans have a tendency not to survive impact with reality.
Anyway a very nice set that my Marines will enjoy.