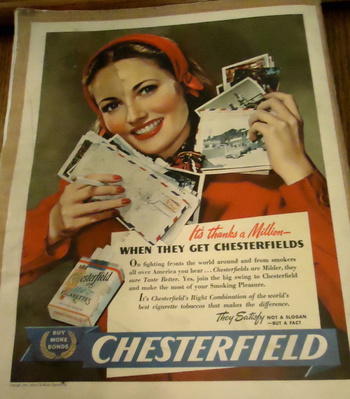 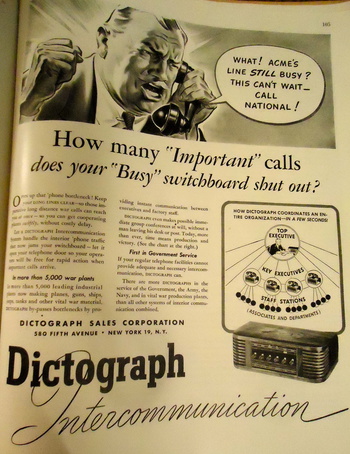 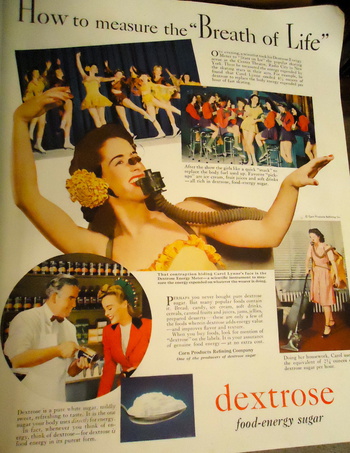 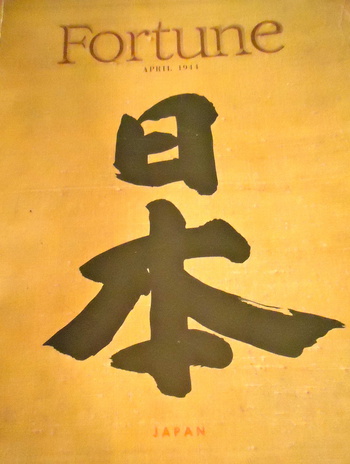 All of these advertisements came from an April, 1944, edition of FORTUNE MAGAZINE, the cover in the fourth photo. I found this magazine in a box of my mother-in-law's stuff. More interesting in the magazine than the articles about Japan, are the great vintage advertisements. Nearly all of the ads boast a connnection to the war, or if the product didn’t lend itself to the war effort, in small print, there would be “buy more bonds,” like the Chesterfield ad. Do you ever get frustrated with your cell phone? I guess folks got upset with their phones back in 1944 too as portrayed in the Dictograph Intercommunication ad. This company claims to have their devices in over 5,000 war plants. Have you ever heard of a Dextrose Energy Meter? In the Dextrose food-energy sugar ad, check out Carol wearing one as she does her housework in her high heels! Enjoy..... I’ll add a few more in a separate posting.