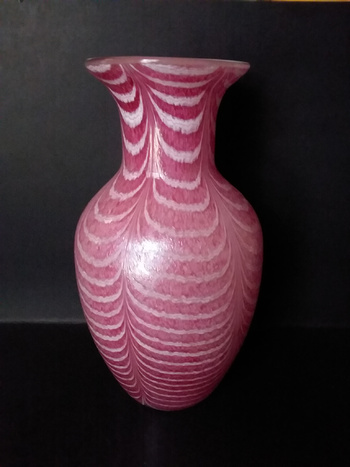 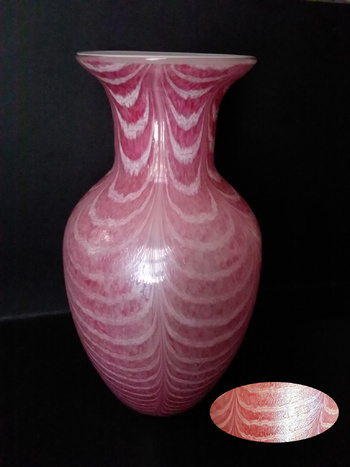 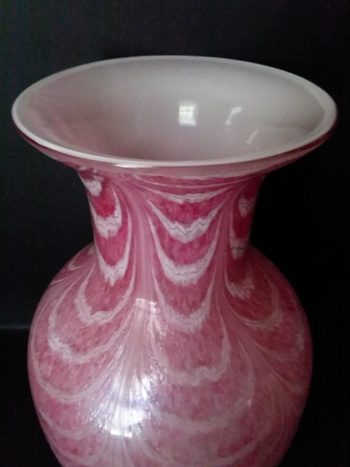 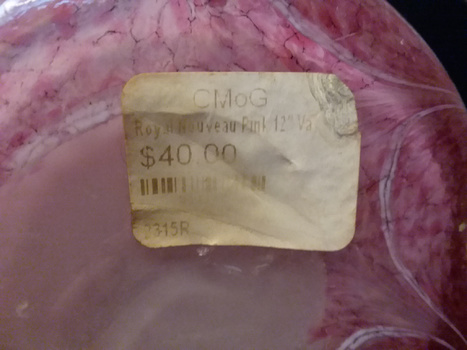 This vase is 12" high x 7.5" widest diameter, circa 2008. The interior is white glass. It has a Corning Glass Museum sticker with UPC code on the bottom. Probably from the Corning Museum gift shop. I am a sucker for pulled feather and really like this vase, though it is largish. The Corning Museum sold/sells a variety of stuff, but I don't think anything they sell is junk, though some of it is just "decorative". Guessing it is American made if made before 2000 but not sure if it is by a studio artist or glass house. Any thoughts on this?

I sent an email and some images to CMoG to see what they could tell me about this vase. Their reply:

"We sold the vase in the picture from 2008-2009. It was from Glass Act Studios in Fort Lauderdale, Florida. We do not currently sell anything by them."

So far, I have not been able to find out anything about this studio, which apparently no longer exists.