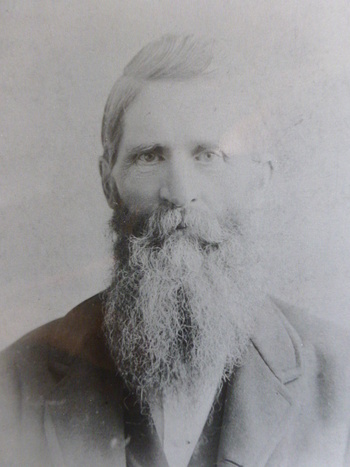 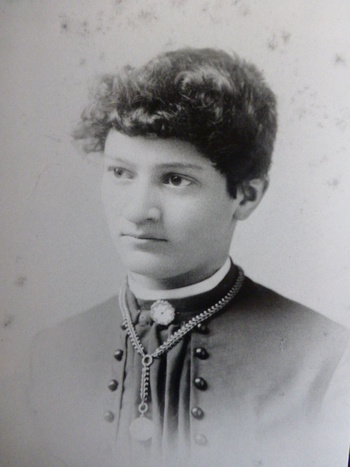 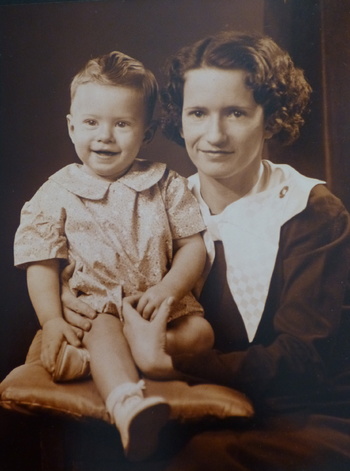 1. My great grandfather, JQ 1824-1901, about 1885. It took me several years to find this photo. I finally found it in the closet of the widow of a step great grandson of JQ's where it had been in a box of possessions of JQ's deceased granddaughter for over 30 years. Quite a story behind that search. My Dad, the only person living who could identify him, died two years after I found it.
2. My great great grandmother Sophie age 16 in 1868. I have the necklace and locket she is wearing. She is on my Dad's side.
3. My mother, 1913-2001, and oldest brother about 1934. This photo was made from a glass plate negative that I tracked down and which probably later ended up in a dumpster.
4. Signature of my cousin, Walker Daniel, from a letter to Benjamin Harrison, governor of Virginia. Walker was the first Attorney General of Kentucky, one of the original trustees of the Transylvania Seminary, etc. He was shot from ambush and scalped by Indians on 12 August 1784 in Kentucky on the way to visit his brother Robert at the Salt Works in present day Bullitt County, KY.