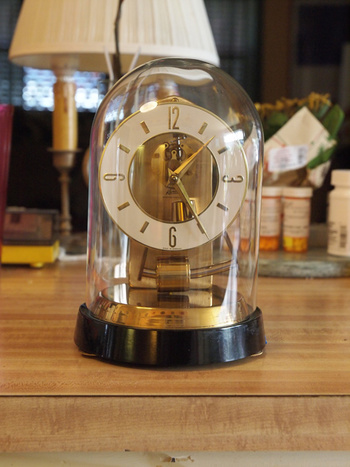 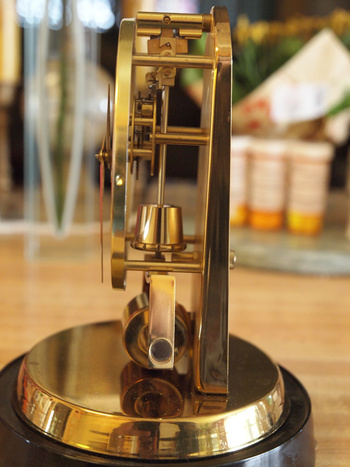 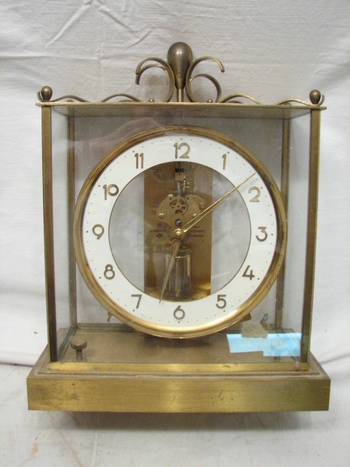 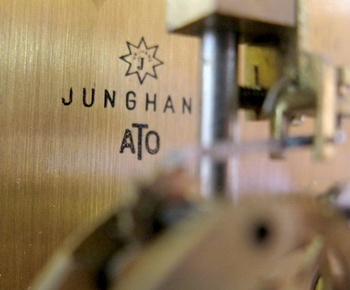 Kundo (Kieninger & Obergfel) pictures 1 and 2, along with Junghans pictures 3 and 4 Produced their ATO Clocks from 1950 well into the 60's The ATO trend or fad began when American soldiers came home from Europe after WWII. The bought these clocks that seemed to run forever without winding or maintenance, some would still run even though the battery had decomposed in its compartment, the voltage draw was so low.

ATO clocks had been flourishing in Europe through the 1920's into the 40's. After the war Americans started buying these clocks in large numbers, they were (and are) neat, you can watch the pendulum move back and forth, and they do not tic.
Kundo and Junghans flooded the American market with these clocks.