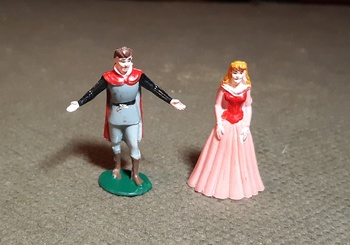 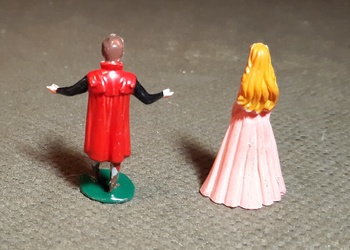 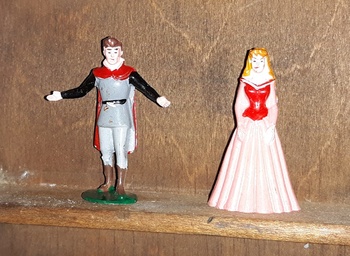 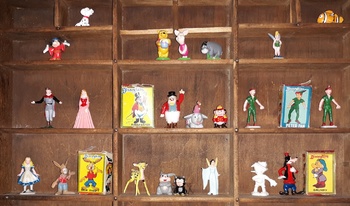 The second series Disneykins are much rarer than the first series. The second series was made only from 1961-1962 while the irst series was made from 1961 into the 1970s. Perhaps someone dropped the mold or something like that.
The figures here are Prince Charming and Sleeping Beauty. They are a little over an inch and a half tall a bit taller than the first series.
Prince Charming looks more like Prince Phillip from Sleeping Beauty than Prince Charming of Cinderella. He is included in the Sleeping Beauty playset and is in the row with all the Sleeping Beauty Characters so I am thinking someone at Marx got the names confused. But he can be used as pretty much any Disney Prince.
In the last two photos they are displayed in my print tray with the other Disaneykins.