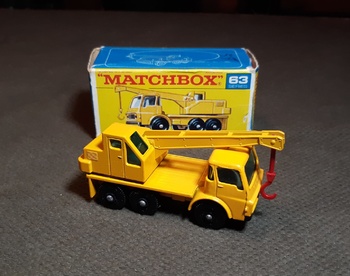 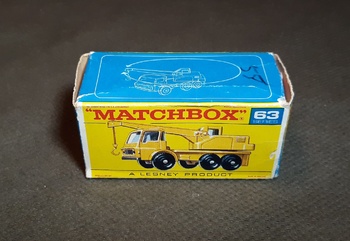 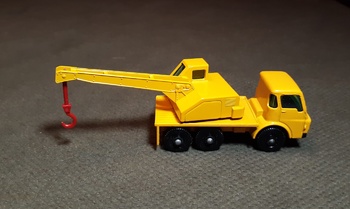 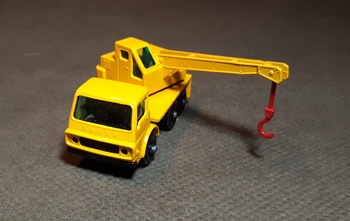 The Yesteryear in a B box has been postponed until next week after everyone has recovered from their exciting weekend. In the meantime the MB-63 Dodge Crane in an F Box.
The Dodge Crane replaced the popular Foamite Crash Tender as the new MB 63 in 1968. It was sold in the F style box in 198 and 1969. Also it became a Superfast in 1970 and the hook was changed from red to yellow. SO it is pretty easy to narrow this one down to the 1968-69 period.
The exciting featuring of this model is the crane that revolves 360 degrees. It is shown on the top of the box. It is perfect for unloading the pipe truck I bought with this one which will be in 2 weeks. Next week will be the super exciting Yesteryear.